Former world champion Ken Doherty and Kilkenny man David Morris are through to the second round of the UK Championship in York but Dubliner Fergal O'Brien made an early exit.

O'Brien went down 6-4 to Brazilian Igor Figueiredo, who was ranked 75 places below him.

Jimmy White enjoyed a 6-2 success in his opening game at the Barbican Centre, with breaks of 63 and 110 in the fifth and sixth frames against fellow veteran Dave Harold.

Ding Junhui awaits after a routine 6-0 dismissal of John Sutton and White is excited by the challenge.

Two-time champion Ding, who started his match with three successive half-centuries, added: "I watched a lot of Jimmy White when I was a little boy. He has a lot of fans in China. He used to play very quick."

John Higgins made breaks of 80 and 55 in a 6-2 win over Lee Walker but lamented the standing of a tournament he has won three times.

The crowded early-round conditions at the venue have again come in for criticism, with 2006 world champion Graeme Dott likening the secondary sports hall arena to "a toilet" after beating Alexander Ursenbacher 6-2.

Higgins said: "Last year they said they weren't going to have the four tables in the sports hall again so if you're put in there you're going to be pretty upset.

"For an ex-world champion to be thrown out 'into the toilet', he's obviously understandably upset."

The amended format has also caused consternation, with all matches up to the semi-finals now the best of 11 frames, but for Higgins that ship has sailed.

"It lost its shine when they cut it to best of 17 a few years ago, in my eyes," he said. "It was never the same tournament again. In my eyes it's really devalued now."

Higgins will play Jamie Cope, a 6-2 winner over John Astley.

Mark King was scathing about the sports hall after his exit from last year's tournament and his mood is unlikely to be any better this time around after a 6-0 loss to teenager James Cahill.

The unheralded Blackpool professional, who made an 84 break in frame three, said: "I played here last year so I know what to expect this year.

"If I play well I feel like I can compete with the best. I didn't expect to beat him 6-0 but snooker can go like that sometimes."

Last year's runner-up Mark Selby was not troubled by Oliver Brown, winning 6-0 and finishing with the flourish of a 124 break. 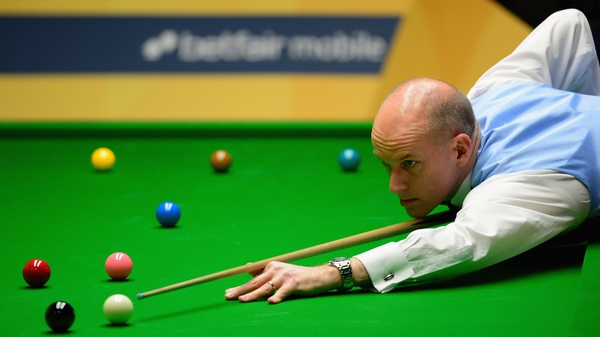