Mark Allen and Fergal O’Brien are through to the quarter-finals of the Shanghai Masters.

Allen qualified courtesy of a 5-1 win over former world number one Mark Williams.

Breaks of 67 and 56 helped Allen into a 4-0 lead before Williams, currently ranked 20th, pulled one frame back.

A run of 85 in the sixth handed victory to world number nine Allen, who is bidding for his second title in three weeks having claimed the Paul Hunter Classic last month.

After the match, Allen said: “I wasn't at my best but I felt I did enough to win.

“I just needed to be patient and make sure I didn't miss anything silly, and I did that pretty well throughout the match.

“In the fourth frame, unfortunately for Mark the table seemed to roll off a bit because on the third attempt he said he was trying to make sure he hit the red.

“I'm confident, I've won a lot of matches lately and hopefully I can turn that into more titles. My form hasn't been brilliant so if I can start playing well I could be very dangerous.

“It won't be an easy match tomorrow because I know what Michael is capable of, he's very aggressive and scores heavily.”

Dubliner O'Brien saw off Zhao Xintong 5-3, and will now face world number one and conqueror of Ken Doherty, Mark Selby.

Ding Junhui overcame a slow start to delight the home crowd by reaching the quarter-finals.

World number three Ding was 2-0 down to Martin Gould in round two but came back to win 5-3, turning the game around with breaks of 96, 60 and 67 in successive frames.

He extended his lead to 4-2, and although Gould pulled one back with a 97 break, the home favourite wrapped up victory.

Selby was pushed hard by Nottingham's Michael Holt before getting the better of his East Midlands rival 5-3.

The 'Jester from Leicester', ranked number one in the sport's money list, was pegged back from 3-0 up to 3-3 but snatched a desperately tight seventh frame and took the eighth, and the match, with his fourth half-century break.

Dott led 3-1 at the interval, helped by breaks of 98 and 66, and although Murphy returned with a 121 to cut the deficit, the Scot wrapped up victory. 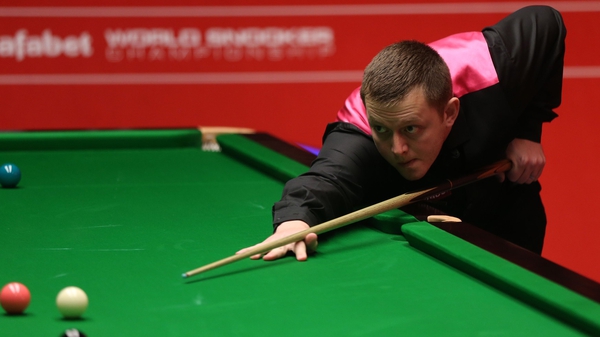 Mark Allen through at Shanghai Masters but Ken Doherty bows out