Michael Wasley sprang one of the Crucible's great upsets as he beat world number two Ding Junhui in the first round of the World Championship.

In a midnight finish, Wasley prevailed 10-9 against China's great title hope after a breathtaking and hastily arranged third session.

They had been forced to go off with Ding leading 9-8 as the afternoon session ran over its allocated time, and an inspired Wasley seized the moment at the climax to the match, levelling with an impeccable 103 break and holding his nerve in an ultra tense 19th frame.

Ding had been seeded to meet Ronnie O'Sullivan in the semi-finals, but now one of the defending champion's main obstacles has been removed.

He might yet run into 24-year-old Wasley from Gloucester, who belied his inexperience and world ranking of 73 to beat a man who has won five major ranking titles this season, tying a record set by Stephen Hendry over two decades ago.

Wasley sealed his win on the pink in the decider, and showed his delight as he pumped his fist.

There was another dramatic finale earlier in the evening session as Mark Selby edged through to the second round with a nail-biting 10-9 win over Michael White.

It was Selby though who held his nerve at the death, making a break of 57 to take the decider and seal his place in the next round. 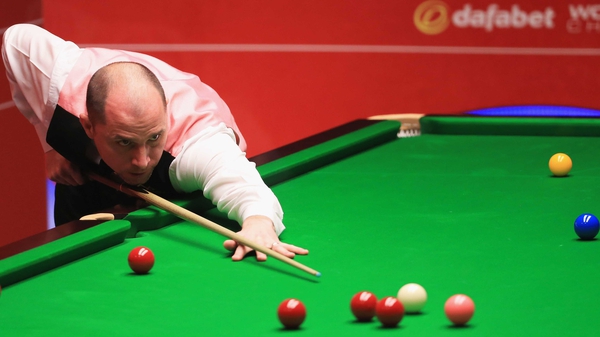