Ding Junhui equalled Stephen Hendry's record of five ranking titles in a season with a 10-5 victory over Neil Robertson in the final of the China Open.

Not since Hendry in 1990-91 has a player collected so many trophies and Ding will bid to add a sixth at the World Championships later this month.

The Crucible title is the one major snooker crown still to elude the 27-year-old.

Robertson was aiming to retain his title, but his chances were all but over after seven frames, six of which were won by the home favourite.

The Australian did not manage a point until the third frame and, although he won the fourth, Ding responded with a century.

Robertson stopped the rot with a century of his own in frame eight and the pair traded frames after that before Ding clinched victory with a break of 66.

"With so many wins, my mindset is very different than before. I'm getting more and more experienced, playing many finals, especially playing Ronnie O'Sullivan in the Welsh Open final.

"I think I learned a lot from that match. I hope there will be more finals to come."

Robertson has struggled all week with a virus and he described it as "one match too far".

"I woke up feeling pretty well today," said the 32-year-old.

"The start of the match was important. For me to win today it needed to be an open and high-scoring game. Ding made few mistakes and his safety was very good.

"I wasn't able to hold my concentration for long enough in the safety battles to compete with him. I gave it everything but it was one match too far for me. I had nothing left in the tank." 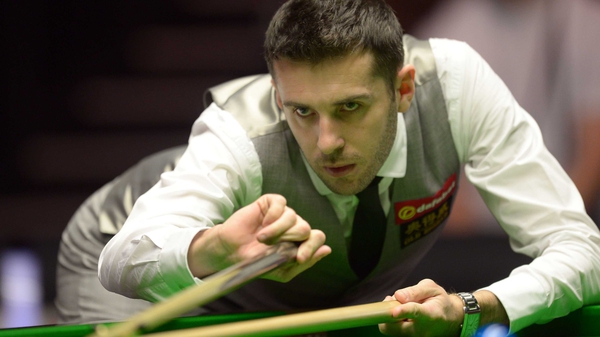