Home favourite Mark Williams produced a notable upset at the Welsh Open in Newport with a 4-3 win over world no. 1 Neil Robertson.

Williams was world champion in 2000 and 2003 and has also won this tournament twice, but has fallen to number 18 in the world rankings.

He took the first frame of the third round clash with a break of 60 but Robertson hit back with a 112 and then took the third.

Williams levelled with 50 and then went 3-2 up and, after the Australian levelled the see-saw match once more, held his nerve to take the decider.

Williams said: "It was an excellent win for me, one of my best in a long time.

"I probably made more mistakes than him, he looked like a Rolls-Royce when he got in the balls and I looked like an Austin Metro, but I held myself together."

O'Sullivan opened with a century and though Xiao levelled with 59, the 'Rocket' powered through helped by 54 and 78 in the last two frames. Walden beat Anthony Hamilton 4-2.

Matthew Stevens could not emulate compatriot Williams' efforts as he lost in a deciding frame to Joe Perry while Shaun Murphy was another notable casualty, beaten 4-3 by Liang Wenbo. The Chinese player came from 3-1 down with breaks of 55, 81 and 52.

Judd Trump made short work of Scotland's Anthony McGill, winning 4-1 and finishing with breaks of 73 and 53, while Stuart Bingham made 102 in the fourth frame of his 4-2 win over Michael Holt and will face Perry.

Four-time world champion John Higgins set up a blockbuster last-16 clash with Trump after a comprehensive 4-0 win over Mark King.

Higgins, also a three-time winner in Wales, made breaks of 55, 66 and a closing 137 as King scored only 15 points in the match.

Barry Hawkins recovered from 3-1 down with breaks of 74, 134 and 50 to beat Jack Lisowski 4-3 and set up a clash with Liang.
A break of 84 completed Marco Fu's 4-2 win over Graeme Dott, earning the Hong Kong player a match against Williams.

Ding Junhui had to battle hard to get past Ben Woollaston 4-3 in the last game to finish. Scott Donaldson awaits after beating Andrew Higginson by the same scoreline. 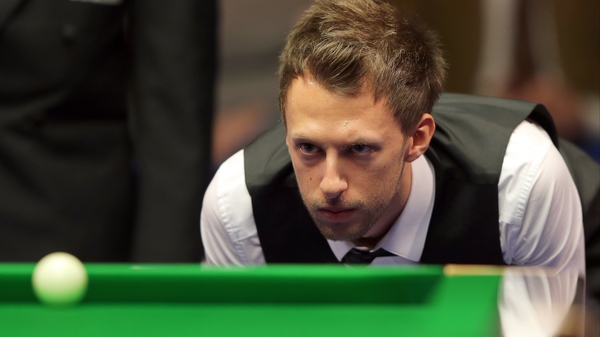 Judd Trump insists he's getting back to his best