World number one Neil Robertson made short work of his UK Championship second-round match at York's Barbican Centre this afternoon.

The Australian beat Robbie Williams 6-1 to set up a clash with China's Li Hang.

Robertson swept the frames before the interval, helped by breaks of 64 and 53, as Williams struggled to settle.

The Wirral left-hander at least got on the board in the first frame after the interval, but breaks of 119 and 90 from Robertson rendered it academic.

Bingham opened up a 2-0 lead over Anthony McGill with breaks of 90 and 76 and though McGill pulled one back, Bingham made 54 in the fourth and took it following a tussle on the green.

A 74 in the fifth frame and 99 in the eighth helped him wrap up a 6-2 win and he said: "I'm happy with my game today, a little bit better than yesterday.

"It was a good win over a tough opponent, he made it hard for me.

Hawkins ended the dream run of Newcastle's Gary Wilson, who will return to his day job as a taxi driver at least until late January.

Wilson won an opening frame in which both players had chances but Hawkins levelled and breaks of 80 and 52 put him in control by the interval.

He returned with 88 and 77 but Wilson pegged him back with three successive half-centuries before Hawkins eventually pulled through.

Hawkins said: "I felt I played pretty solidly at the start and then started making silly mistakes and putting myself under the cosh a bit.

"I feared the worst when Gary started coming back but luckily he made a couple more mistakes than I did and I managed to fall over the line in the end."

Joe Perry also advanced with a 6-3 success over Scott Donaldson.

Perry, quickly back in action after beating Daniel Wells the previous evening, made four breaks over 50 but Donaldson, who upset Mark Davis on Sunday, had the highest break of the match with a 90 in frame seven.

In the first of four second-round games on Monday, amateur Mitchell Travis followed up his opening upset of world number six Marco Fu with a 6-4 win over Norway's Kurt Maflin.

Maflin came from 2-0 down with breaks of 93 and 77 and the pattern was repeated after the interval, Travis pulling two clear and Maflin levelling despite a failed 147 attempt.

Travis won the next two, though, and said: "I'm playing in the second biggest tournament in the snooker calendar, and I'm into the last 32.

"Who would have thought that, an amateur, through to the last 32, beating two top-class players?" 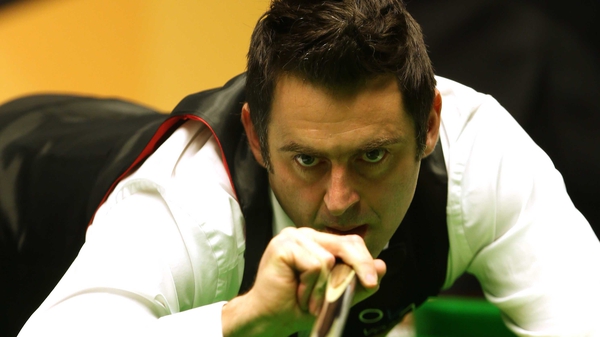