When they played at the UK Championship in December, Higgins made a 147 maximum break but still lost the match. But there was no such spark this time, with Higgins' performance flat.

World number seven Higgins, 37, was finished off by a brilliant break of 87 as 40-year-old Davis reached the second round for the third time in his career.

A despondent Higgins said: "I thought maybe at the start of the season I'd go on to better things but it's been pretty similar to last year.

"It's disappointing. It's just tough out there.

"Mark has punished me for every shot that I missed and I did miss a couple of easy balls."

He added: "I certainly was trying my hardest to the bitter end. If you lose that you'd be as well to pack it in."

"It's nice to have beaten him before but this is a different day and a different venue. Maybe I knew I could do it.

"He did miss some balls he wouldn't normally miss. It's a bit surprising when they do it. For the majority of the match I punished him."

His respect for Higgins made the win all the more sweet, with Davis adding: "No-one rates John more highly than I do.

"I've known him since before he turned professional." 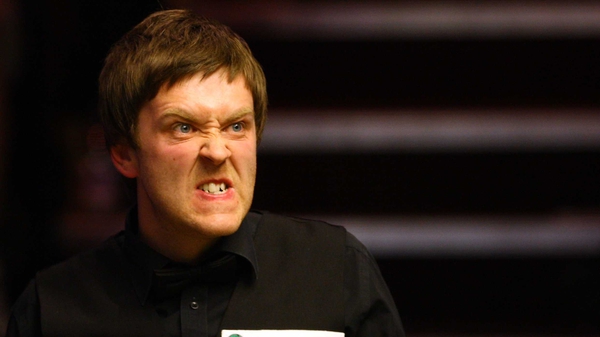