At the beginning of November, O'Sullivan announced he would not play again this season, having made only one low-profile outing since landing snooker's most highly-prized trophy last May.

The explanation was that O'Sullivan had personal reasons for skipping the current campaign, and that he didn't want to play week-in, week-out on the tour.

O'Sullivan did not sign up for the ongoing williamhill.com UK Championship, or next month's Masters, but Hearn confirmed he will contact the 37-year-old before the deadline closes for the season-ending World Championship.

"I have said to Ronnie that the only tournament for us if he wanted to change his mind - and that is not unknown - is the World Championship," Hearn told the Times.

"We know how much interest that would generate at this season's event, clearly more so as defending world champion after most of a season out."

Hearne continued: "We didn't want to lose Ronnie at all for the profile he brings. At the moment, the last time we spoke, it must be said he was still intent on missing the season, but he is infamous for changing direction so who knows?"

The promoter is aware that even if O'Sullivan were harbouring such thoughts, he would be wary of under-performing.

"Snooker is so competitive now that he will know you either take it 100 per cent seriously or you don't play at all. That is the issue in his mind," Hearn added.

"He is not going to play for first-round loser's money, or come back to the stage he has graced and given so much pleasure to get embarrassed." 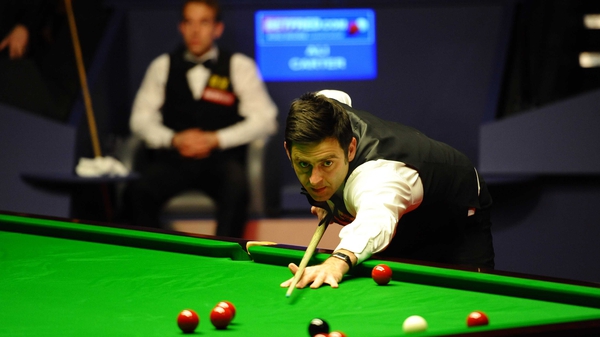