Despite dominating the majority of the match, and leading by three frames early in the evening session, the Englishman struggled to shake off his obdurate opponent from Hong Kong.

In the best-of-19-frame match, Fu led 9-8 but Murphy took it to a decider and, with the nerves jangling, left his opponent needing snookers with a remarkable fluked pink.

And after a brilliant doubled red, Fu conceded to hand the Yorkshireman a 10-9 victory.

Murphy had not won a tournament match this season before arriving in Shropshire, but the 2005 World Champion knocked out Martin Gould, Mark Allen, Stephen Lee and Stephen Maguire to secure his place in the final.

Fu rattled in the only century of the afternoon session, a break of 102 in the fourth frame, which followed 99 from Murphy in the third, but was left trailing 5-3 when he and Murphy left the arena.

A poor safety from Murphy in the first frame of the evening session gave Fu an early chance which was squandered as a pink jarred in the middle pocket.

Murphy was back in, with the balls handily placed, and strung together an immaculate 77 to go 6-3 in front.

Both players had chances to make frame-winning breaks early in the tenth.

It developed into a fascinating battle though, and when Fu potted a terrific long green he ran just too far for the brown, forcing him into safety play with the pair tied at 51-51.

Murphy left a long brown in the jaws and Fu pounced on the frame-winning chance. He rolled in brown, blue and pink to begin what he hoped would be a full-scale comeback.

The 30-year-old from Hong Kong seized the advantage with an opening 59 in the 11th frame, before failing to land on a colour after the ninth red.

Englishman Murphy was given a glimmer of a chance and it seemed as though that was all he would needed, however his break came to a halt at 47.

Fu put his opponent in a snooker, and Murphy missed the brown.

Murphy was soon needing a snooker on the pink, and he fought for it knowing 7-4 was infinitely preferable to 6-5, but it would not come and the frame went to his opponent.

The 12th frame was going Fu's way, but Murphy hit back only to suffer a rotten stroke of luck when he clipped the black after potting a red and sunk the white.

Fu made the most of his sudden lucky break, and tied the match at 6-6.

That signalled the start of the mid-session interval, with Murphy surely welcoming the chance to compose himself for a possible seven remaining frames.

The break looked to have done Murphy good.

Despite miscuing at one stage in the 13th frame, Murphy took it quite easily with breaks of 54 and 40 to regain the lead.

And he took the next even more convincingly, knocking in a clinical 87 which took him into an 8-6 lead.

Fu reduced the arrears to a single frame by claiming the 15th and then levelled at 8-8 after a nervous battle.

Murphy looked in control of the 16th but his break ended at 31, however Fu could only muster 38 in response. But despite taking three opportunities to play his way out of a snooker, the Hong Kong player regrouped to restore parity at 8-8.

Remarkably, Fu then took the lead for the first time in the match with efforts of 43 and 46, as Murphy again failed to take advantage after making a decent start.

But the Yorkshireman regrouped and took the match to the death with a decisive break of 69 in the penultimate frame. 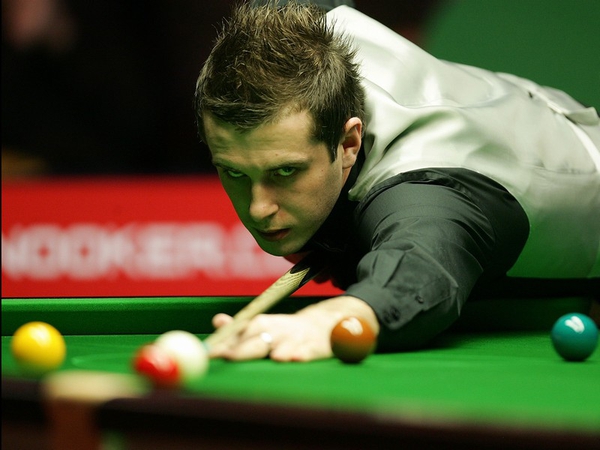