Shaun Murphy was 'stunned' after producing one of the best Crucible comebacks ever this afternoon to beat Welshman Matthew Stevens and keep his 888.com World Championship dreams alive.

Murphy somehow battled back from 11-5 behind to snatch a dramatic 13-12 quarter-final victory.

Not since Ken Doherty fought back from 15-9 behind to beat Paul Hunter 17-16 in the 2003 World Championship semi-finals has the Crucible crowd ever witnessed such a swing in momentum.

Incredibly, Murphy, the 2005 world champion, won seven frames to edge over the winning line despite his opponent being an overwhelming favourite to progress to this year's last four.

And the world number four admitted he was still in a state of shock after his remarkable turnaround.

'I never truly believed I could win the match. I'm obviously stunned, I can't believe it,' he said.

'At 12-7 I started to think I could win because it's no secret that Matthew doesn't like leading and I knew that if I could start to win a couple more frames it would start to shake him a little bit.

'I knew that if I could just put the pressure on him he might wander and fortunately for me it did.'

This season's Malta Cup winner, Murphy won the opening two frames of the concluding session thanks to breaks of 92 and 63.

But the 24-year-old missed a chance to claw back to 11-8 and Stevens edged closer to victory, thanks largely to a break of 52.

However, the former Young Player of Distinction was not to be beaten and fired in further breaks of 61 and 94 to make it 12-10.

The last three frames of a gripping best-of-25 contest were all scrappy, but it was two-time Crucible runner-up Stevens who crumbled under the pressure as Murphy advanced. 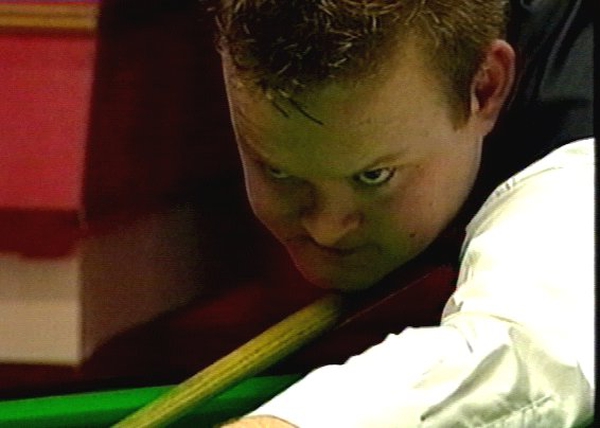 Stevens on the verge of spot in semis