The Chinese prodigy was in excellent form, romping to a 6-1 victory at the Waterfront Hall, a dazzling display which showed maturity beyond his young years.

Lee struggled to find his feet as Junhui raced into a 3-0 lead, before the Trowbridge potter eventually got on the board by pinching the last frame prior to the interval by potting a long pink under pressure.

However, Junhui remained focused to win the fifth frame, which dragged on over 40 minutes, pocketing a 67 run to give himself a four-frame cushion.

The seventh frame was a scrappy affair but, after both players had missed, it was Junhui who dished up a 73 to take the match.

Having seen O'Sullivan romp to a record 53-minute whitewash of Dominic Dale, Junhui will know he will have to play a lot better than the Welshman if he is to tame 'The Rocket'.

But the 2005 China Open champion is looking forward to the challenge, particularly over a longer distance, with this year's final the best of 17 frames.

'I like to play Ronnie. He's a good player,' added Junhui, whose snooker hero was O'Sullivan growing up.

'I have to forget he's my hero and try to win. I just want to play better every match.

'I don't care about the rankings. Hopefully it is a fast final.'

And Junhui believes the support of his mother, who is over in Ireland for the first time and in Belfast to watch her son, has been a big help.

O'Sullivan and Junhui have only ever met twice before. In 2004 the Londoner stunned the then 17-year-old with a 6-1 victory, before Junhui shared a 3-3 draw with the two-time world champion in the Premier League.

Earlier, O'Sullivan revealed he has even considered staging his own tournament, one which he wants to be fast and exciting.

'I want to put my own tournament together. It's all about entertainment and we need to get away from all this long, drawn out play,' he added.

'I've been talking to a few people and we all need to get our heads together to make things happen.

'This year's final should be two or three hours long, and not spread over two sessions. We should shorten the matches.

'People have got be prepared to change because it's all about compulsive viewing. I'm in the business of entertainment, and that's what I want to do.' 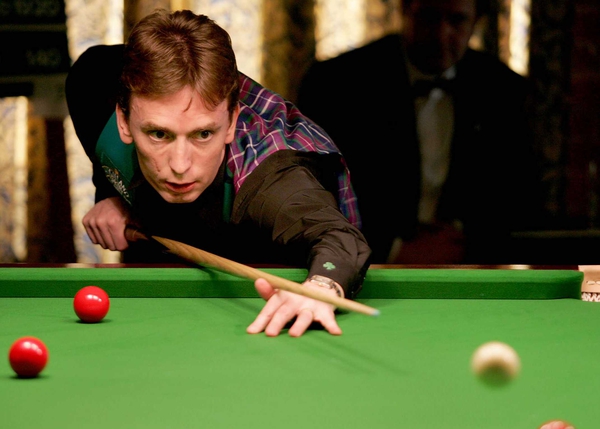