Quinten Hann's career was effectively ended on Tuesday when the controversial Australian resigned his membership of the World Professional Billiards and Snooker Association with immediate effect.

The world number 22 has not appeared on the circuit this season following allegations made by a national newspaper last May that he had agreed to accept £50,000 to lose a match at the China Open.

Having failed to attend an independent hearing into the matter in November citing medical reasons, Hann has now informed the WPBSA he will not be present at the rescheduled hearing on Friday.

His decision to resign from the WPBSA means he has been removed from their ranking list, forfeiting all his points.

"Last May, allegations of intention to match-fix made against WPBSA member Quinten Hann were brought to the attention of the association," read a WPBSA statement.

"Mr Hann was invited to comment on these allegations. Following legal advice, this matter was then referred to an independent hearing board set up by the Sports Dispute Resolution Panel.

"The hearing was rescheduled for Friday, February 17."

The statement continued: "Mr Hann has now informed the WPBSA he does not intend to be present. The hearing will go ahead in his absence. A further statement will be issued once the hearing has taken place and there will be no further comment prior to the hearing."

The decision of the 28-year-old from Melbourne looks to have brought down the curtain on a career in which he was never far from the headlines.

He missed six tournaments in 1999-2000 after breaking his collarbone in a motorcycle accident and was also in the wars a few months later when he broke his foot during a parachute jump, which meant he played without wearing shoes at the UK Championship.

In 2002 he conceded a frame with 13 reds left on the table during a match against Stephen Lee in Ireland, and at the World Championship that year was accused of behaviour 'bordering on ungentlemanly conduct' by Dennis Taylor for a pool-style break-off in his victory over Paul Hunter.

Two years later Hann had to be separated from opponent Andy Hicks at the end of his 10-4 World Championship defeat, but got to display his fighting skills a few months later when he beat fellow professional Mark King in a boxing bout before having his nose broken by Gaelic footballer Johnny Magee in a second contest.

His private life has been troubled too. In 2002 he was cleared of raping a 21-year-old student, while last year, the day before the match-fixing allegations were made, he was acquitted of sexually assaulting a singer and actress.

It is understood Hann, whose best performance in a ranking event came when he reached the semi-finals of the 2004 Irish Masters, is contemplating a future on the American pool circuit. 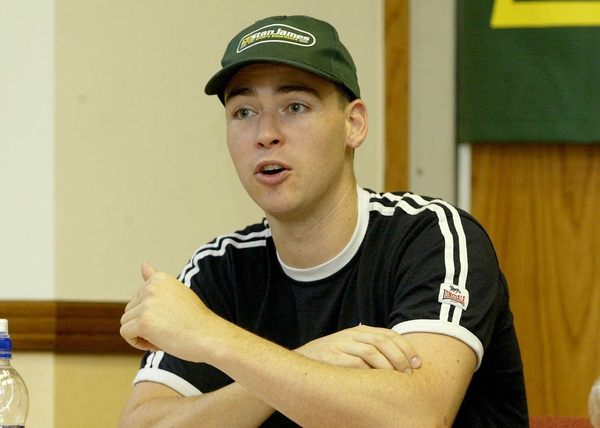 Hann at centre of 'fixing' allegations