Well aware that a bonus-point win in Paris will simplify the equation, Andy Farrell broke into a smile when the suggestion that Ireland might play a "high-risk" game was put to him.

Things may get complicated, with four teams currently in the mix, and come down to points difference depending on how results go but the head coach knows that the title his theirs with a four-try win.

"A high-risk strategy? Probably not," said Farrell after naming his team to play in Stade de France on Saturday night (8.05pm), which has just one change - Robbie Henshaw for the injured Garry Ringrose.

"The plan [will] be one that we know, that we are comfortable with, we play our own game and see how that affects France along the way.

"You've seen the type of team that we are playing against. We could end up shooting ourselves in the foot."

Ireland have never scored four tries and won in Paris but did cross the whitewash four times in a 2006 loss.

If England, as expected, return from Rome with a full haul of points, Ireland, who start the day 23 better off in the point-difference column, will need to beat their final tally, while securing some manner of win.

Asked if that would change the team's tactics, he said: "Not necessarily because you could be playing on the back foot. You could get four tries and still lose the game. They are so dangerous.

"There is no point in scoring four and they score six.

"You won't get what you want from that. We will stick to the plan and see how it unfolds. Hopefully we put enough pressure on the game to open it up somewhere down the line. 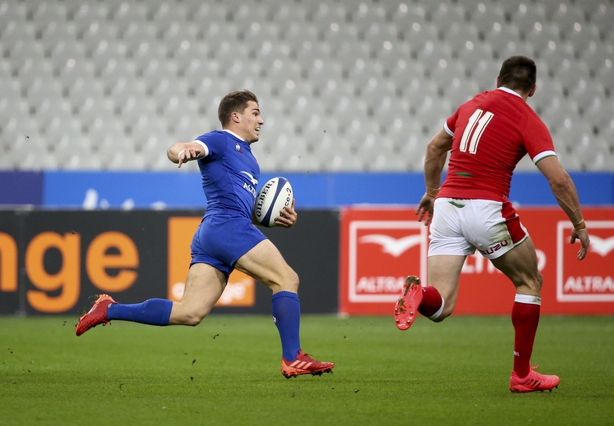 "It's a tough old task, isn't it? We know what the French are capable of and, watching them last weekend [beating Wales 38-21], they are a formidable side, especially at home.

"They have got threats all over the field.

"The forward pack is very physical and very dominating in terms of going forward and set-piece-wise. There are a lot of things we have to make sure we handle, first and foremost."

Asked what gave him most confidence ahead of the game, he said: "The togetherness, the thought process among the group.

"The added addition of a stalwart [Cian Healy] making his 100th cap. It's a pretty special week for us all." 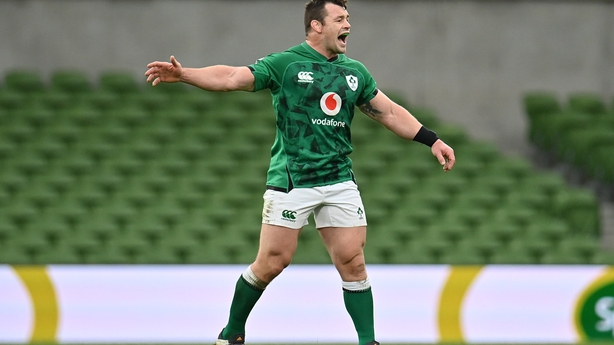 On the milestone of Leinster prop Healy set to become just the sixth Ireland player to reach a century, Farrell added: "The key word in describing Cian is resilience and any top player, I don't think they ever quite get comfortable enough to think that selection is just going to happen.

"What has driven Cian on to win a hundred caps is fight to keep on improving.

"Over time he has understood himself and his body. I heard him say earlier in the week that he was a devilish kid and that he got away with murder as a youngster but like any top, top professional who ends up getting to this milestone and unbelievable feat, he has been unbelievably professional in how he has looked after himself and driven himself to try and get to this point.

"We honestly feel it is a privilege to be involved in this occasion with Cian.

"I feel incredibly fortunate that I am able to select him for his hundredth, I actually feel like a cheat because there are far more coaches that have had done far more back the line than I have."