England temporarily signed off a Guinness Six Nations abbreviated by coronavirus by winning the Triple Crown in victory over Wales that was marred by a red card shown to Manu Tuilagi.

Tries by Anthony Watson and Elliot Daly helped establish a 20-6 half-time lead but memories of Cardiff a year ago resurfaced when a spellbinding try finished by Justin Tipuric just seconds after the restart hinted at another dramatic comeback.

On that day at the Principality Stadium, Eddie Jones' men were in full command as they cruised 10-3 ahead at the same stage only to suffer a harrowing collapse that the Australian head coach admitted last week still rankles.

But England were ready this time as they stepped up a gear to remove any danger, penalties by Owen Farrell and George Ford followed by a converted Tuilagi try sweeping them beyond reach. 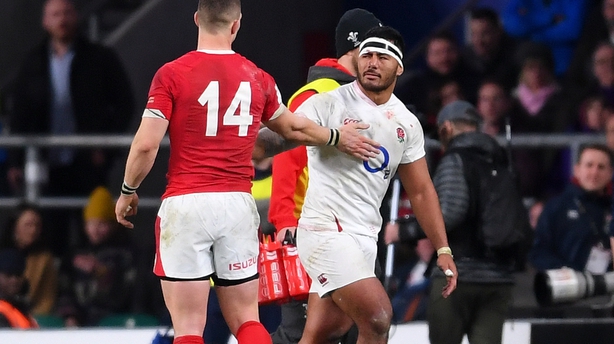 The last six minutes were played with only 13 men after Tuilagi was sent off for a shoulder-led charge to the head of George North as the Wales wing approached the whitewash.

Having showed his remorse to North, Tuilagi departed for the stands where he joined Ellis Genge, who had been sin-binned shortly before for straying offside, but England were already out of sight as Dan Biggar and Tipuric ran in late consolation tries.

Victory over fierce rivals keeps the title quest alive but they must wait to learn when their final round clash with Italy in Rome can be played after it was postponed due to the outbreak of Covid-19.

If France defeat Scotland and Ireland in their remaining two games, the ill-fated 2020 Six Nations will have new Grand Slam champions and Jones' decision to take a knowingly undercooked team to Paris will haunt him over the months to come.

A feisty but captivating encounter produced the comical sight of Joe Marler grabbing Alun Wyn Jones by the testicles as tempers frayed around them in what will be a unique case for the citing officer to investigate.

Wales woke up to the news that their former centre Matthew J Watkins had died at the age of 41 after a long battle with pelvic cancer and their spirits sank further as they crashed to a third successive Six Nations defeat for the first time 2007.

Alongside Mark Wilson, Watson was making his first England appearance since the World Cup final and the Bath wing took less than four minutes to make his presence felt. 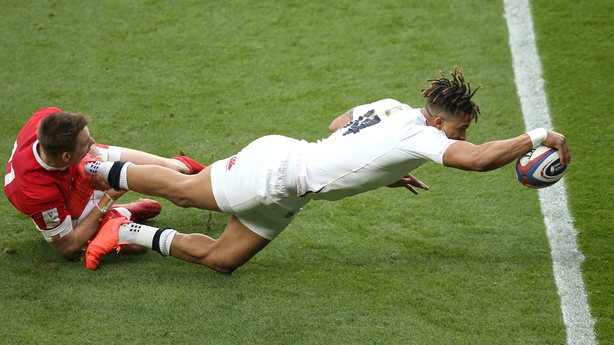 Ben Youngs dashed sideways from an attacking line-out and found Watson on the inside, the switch of play offering sight of the try-line. Several side-steps and an outstretched arm later and Watson was over.

Wales muscled their way downfield only to spill the ball over the line, resulting in the first flashpoint of the afternoon.

Biggar and Farrell exchanged penalties but England were dealt a blow when Jonny May failed to reappear from an HIA required after he had collided in mid-air with Leigh Halfpenny.

Farrell was incurring the wrath of referee Ben O'Keefe as he conceded a second penalty and, while Wales had plenty of possession with Jones' work-rate especially high, their play was aimless.

England's kicking game overseen by Ford was superior as the underdogs were manoeuvred around the pitch, but once again it was the set-piece that laid the foundations for their second try. 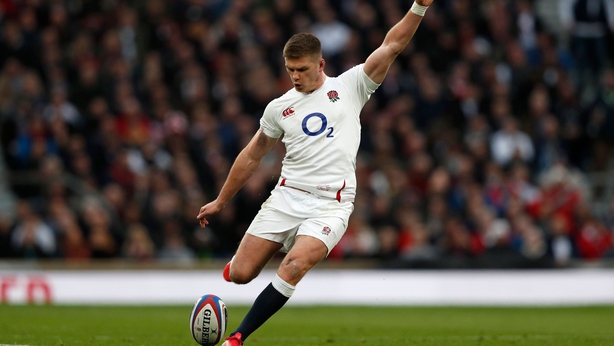 A dominant scrum was rewarded with a penalty and from the subsequent line-out a succession of forward carries created an overlap that was finished with stunning precision when Ford fixed the last defender to send Daly diving over.

Biggar sent a long-range kick between the uprights and just 22 seconds after the break he successfully landed a conversion after Wales had produced a magical try that started when they caught a deep restart and expertly raided the blindside.

Josh Navidi, Nick Tompkins and Tomas Williams timed their passes to perfection and Tipuric had the gas to the finish under the posts.

Successive Farrell penalties calmed home nerves but the killer blow was landed in the 61st minute when Tuilagi strolled over after Wales had splintered in the face of waves of attacks. 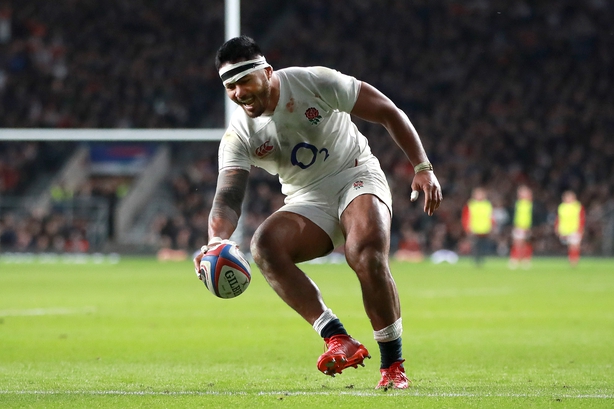 George Kruis waved to the crowd as he was replaced, perhaps in recognition that he had played his final match for England as he considers a move to Japan, but upon their arrival the bench were forced to subdue a sustained Welsh assault.

Genge was sent to the sin-bin and Tuilagi trooped off after him and the lack of numbers helped Biggar and Tipuric plunder late tries.