England prop Mako Vunipola is in self-isolation as a precaution due to coronavirus fears after flying back from Tonga via Hong Kong, it is understood.

He was set to link up with Eddie Jones' squad on Monday for a training camp, with a view to featuring in Saturday's Guinness Six Nations match against Wales.

But the 29-year-old did not join the rest of the group and will miss the fixture after being advised to self-isolate under current NHS guidelines.

"Mako is not in camp on medical grounds. He is not sick, but it is a precaution," a Rugby Football Union spokesperson said.

Vunipola is not expected to play again in the tournament and had originally been expected to miss the clash with the Grand Slam champions after travelling to Tonga recently for unspecified personal reasons.

There have been 51 coronavirus cases in the UK, while the first confirmed case of the virus in Hong Kong occurred on 23 January.

It has since risen to 100 cases in the Chinese city, and Vunipola is now expected to spend the next 14 days in self-isolation despite showing no symptoms.

It means Joe Marler and Ellis Genge will be loosehead options at Twickenham for England head coach Eddie Jones this weekend.

"We were excited to have him back, he is a great presence and a very experienced player, but we have great depth in our looseheads and they have been playing well," Proudfoot said.

"We will give the guys a go who were there. Mako is a world-class player, but the guys have been doing a great job." 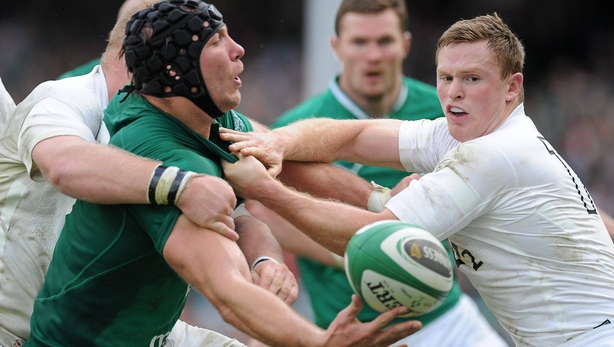 Elsewhere, it has emerged that Chris Ashton left Sale after "a disagreement on how we want to play the game", according to the club's director of rugby Steve Diamond.

Sale on Monday announced Ashton was leaving with immediate effect, having reached a mutual agreement with the 32-year-old wing regarding the termination of his contract.

Diamond said on Tuesday: "There is no situation, just a disagreement on how we want to play the game.

"He wants to do it one way, I want to do it another and that's it, so end of story."