Former Ireland head coach Eddie O'Sullivan believes John Cooney should start at scrum-half against Scotland, but expects Conor Murray to get the nod for the Six Nations opener.

Andy Farrell makes his first team selection since succeeding Joe Schmidt in the Irish hot-seat and will name his match-day squad on Tuesday ahead of Saturday’s clash at the Aviva Stadium.

The retired Rory Best and omitted Rob Kearney are two names certain to be absent from the harrowing World Cup quarter-final to New Zealand, and some believe it is the perfect opportunity to bring about more change in personnel.

The greatest scrutiny perhaps focuses on the number nine jersey, with Conor Murray, similar to the national team itself, struggling to replicate the scintillating form of 2018.

With Ulster’s John Cooney arguably the form Irish player this season, there has been a clamour for the former Leinster man to add to his eight caps and partner Johnny Sexton at half-back.

Speaking on Against The Head, O’Sullivan told viewers it is a straightforward decision based on performances this campaign.

"On form, you’d have to say that Murray should be on the bench rather than starting. Looking at the European games, Cooney has been outstanding," he said.

"He has been at the heart of everything good for Ulster, kicking points and scoring tries. If he can’t make the team now, when will he ever make it? He’s at the peak of his powers.

If he's [Farrell] not going to chance Cooney now against Scotland, who we should beat, he will never do it

"To balance that, Conor Murray has not been firing on all cylinders either. I’m a huge fan of his. I have said in recent times that there was a time when he was the best scrum-half in the world, but he hasn’t brought that 'A’ game this year.

"If he’s not going to chance Cooney now against Scotland, who we should beat, he will never do it. It’s a massive call."

Racing 92 backs and attack coach @mikeprendergas3 on Conor Murray's form and why the Munster scrum-half is likely to start against Scotland #AgainstTheHead pic.twitter.com/innFKRw2cW

Prendergast saw Murray up close and personal in Champions Cup action in recent months and thinks Farrell will go to a tried and trusted lieutenant.

"Conor is coming back into form. Obviously it dipped off a little bit over the past few months. Against Racing for Munster I thought he was better and against Ospreys he was awarded man of the match.

"He’s probably not where he wants or needs to be, but I think Andy Farrell will give Conor a start, leave him holding the jersey, see how he gets on.

"After 40, 50 minutes if it’s not working, potentially then to bring John Cooney on." 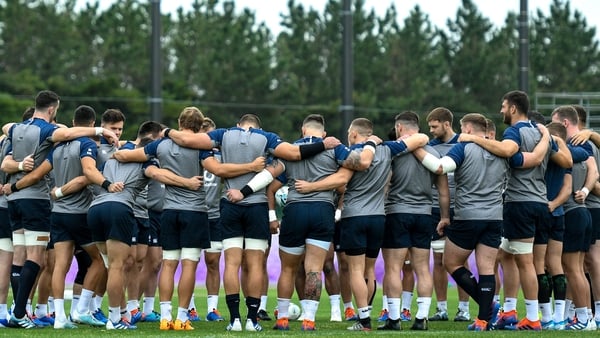