Shane Byrne reckons that if Ireland pulled a fast one by adding Peter O’Mahony to the starting line-up just ahead of kick off against England, then it “worked a treat”.

Number 8 Jamie Heaslip got injured in the pre-match warm-up but there was some confusion over the nature of the complaint.

The IRFU said it was an ankle injury, while Joe Schmidt referred to it as a hamstring problem. Leinster’s medical update today indicated the problem stemmed from a back issue.

England coach Eddie Jones quipped afterwards that the Leinster man might have been tackled by a leprechaun but refused to blow the situation out of proportion. 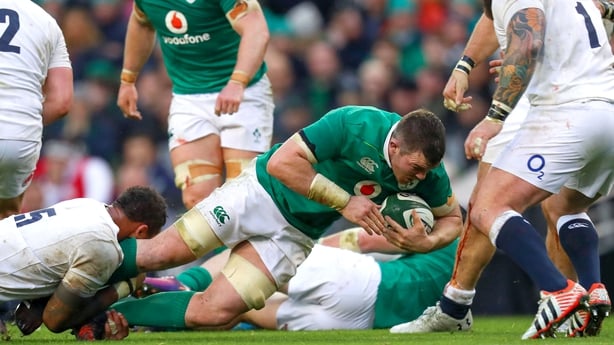 Speaking to RTÉ 2fm’s Game On, former Ireland hooker Byrne said: “I’d heard during the week that the starting back row had been training together.

“Look, it is what it is. If it was mind games it worked a treat. Who cares?

“To be honest, it’s nothing against Heaslip, I think [the] changes needed to be done. I would have started that back row.

“They were absolutely fantastic, there was a balance there. Peter being there did stabilise [the lineout] a bit more.”

O’Mahony went on to claim the man of the match award after the 13-9 win and Byrne was asked if he thought Heaslip, who has 95 Ireland caps, was “too big” to be dropped, necessitating the smoke and mirrors approach? 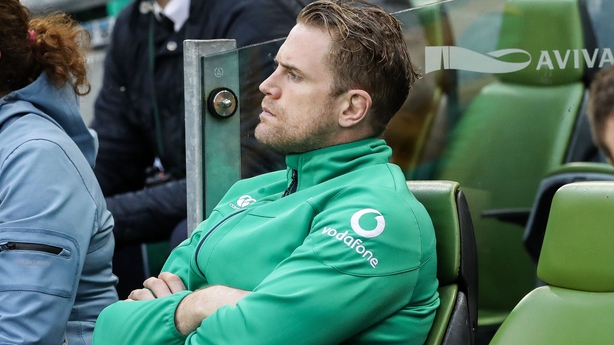 “I would consider no, but I would understand why people maybe think like that," he replied.

He’s been an absolute anchor of that side almost since he got in there. He’s next to never been let go, he’s hardly ever been injured.

“It would have caused a stir if he wasn’t named [in the starting line-up] on Thursday but it definitely would have changed England’s plans if O’Mahony was there, knowing that the strength of the lineout, perceivably, would have been increased.

“So tactically, whether it was true or the leprechaun did tackle him or whatever happened that it worked, it worked really well that they didn’t know O’Mahony was going to be coming out.”

However, speaking on Against the Head, RTÉ Rugby analyst Brent Pope doubted that it was pre-planned.

He said: “I don’t belive the conspiracy that any coach would go to a player with Heaslip’s experience and say, ‘look, sorry, you’re not playing, you’ve been dropped effectively but keep it quiet’, because the player would say, ‘I’m not going to hang around the camp if that’s the way you’re going to treat me’, and it’s not Joe Schmidt’s way."