Conor O'Shea has been described as "a master motivator" ahead of his coaching bow in the RBS 6 Nations Championship.

The former Harlequins boss masterminded a historic Italy victory over South Africa earlier this season, raising expectations prior to a 2017 Six Nations campaign that begins against Wales in Rome next Sunday.

And Wales assistant coach Shaun Edwards has cited the example of Azzurri skipper Sergio Parisse as someone who appears to be benefiting from Italy head coach O'Shea's presence.

The 33-year-old Stade Francais number eight is set to win his 122nd cap next weekend, and Edwards said: "What's fantastic about 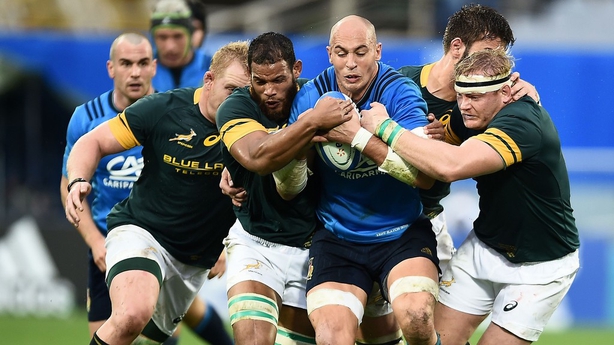 is that he has got a new lease of life now.

"You can tell that, under Conor O'Shea, who is a master motivator.

"You've also got Mike Catt and Brendan Venter on the Italy coaching staff as well. These are men to be respected.

"I read some comments from Sergio the other day, when he said he had been thinking about packing in international rugby. Let's hope he enjoys the rest of this Six Nations, but not next Sunday too much."

Wales have not lost against Italy for 10 years, and they will be expected to keep that run going at Stadio Olimpico, despite the O'Shea factor. 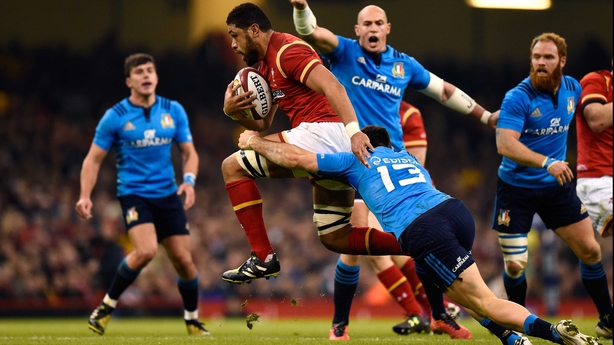 Faletau has not played since Christmas Eve due to a second knee injury this term, and Edwards added: "We've got to wait until Wednesday night for whether he is going to be declared fit or not for this weekend.

"Obviously, you want your best players fit and ready. We all saw what a fantastic impact he made in the South Africa game (last November) when he came off the bench.

"We are very hopeful he will be fit for Sunday, but if he's not fit, we will have somebody else coming in who will be keen and ready to go.

"Taulupe's impact off the bench was absolutely phenomenal against South Africa."

Elsewhere, debate is rife about which centre partnership Howley will settle on in Rome - effectively two from Jonathan Davies, Scott Williams and Jamie Roberts - while some pundits have suggested that young fly-half prospect Sam Davies should start ahead of Dan Biggar.

Williams underlined his outstanding current form when he shone for the Scarlets against European Champions Cup opponents Saracens earlier this month, and Edwards said: "I was very pleased with Scott in the Saracens game.

"He has had some quite serious injuries in his career, including one at the (2015) World Cup, which put him out for the rest of the tournament.

"At the moment, he is playing regularly, and that makes a massive difference.

"Having studied the South Africa game in detail from a defensive aspect, I would stick my neck out and say Dan Biggar was our best defensive player on that day.

"I am very pleased with Sam's progress over the autumn series, but as I said, I thought Dan Biggar was probably our best defensive player against South Africa." 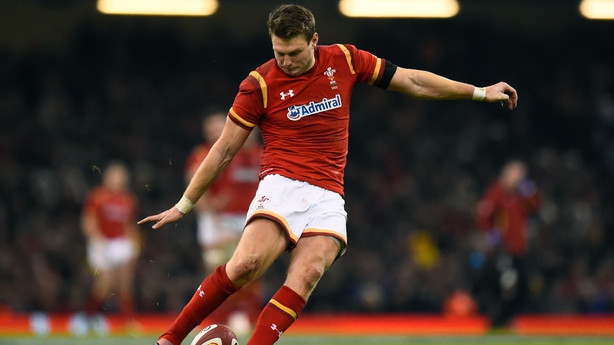 Wales' attacking game - as with all sides in this Six Nations - will come under close scrutiny with bonus points available for the first time in the tournament's history.

Edwards' role as a defence specialist is to plot the nullifying of attacking threats, but he accepts try-scoring at Test level is on the increase.

"In terms of the defensive aspect against a top-four team, if you can keep them to under 25 points, then you will have done a pretty good job in defence.

"But the best game I watched recently was Saracens against Toulon, and there was only one try in the game. It was a real tough, tactical game of rugby.