Ireland hooker Rory Best can’t wait to get “stuck in” to his opposite number Dylan Hartley when the two captains square off at Twickenham (4.50pm).

Both men were appointed at the start of the Six Nations campaign, with Hartley’s poor disciplinary record making him a surprise choice to lead the Red Rose.

However, it's his side that have two wins, against Scotland and Italy, while the Irish title bid is over after drawing with Wales and losing to France.

But Best insists that facing off against such an abrasive character will bring out the best in him.

“You know that he’s not going to take a step back so you really only have one choice – you have to go back at him,” the 90-times capped hooker told RTÉ Sport.

“That’s the beauty of playing against Dylan. That’s the way it is, it’s uncompromising, and that’s what you want in the front five.

“You just want to roll up your sleeves and get stuck in.

“It puts a bit of pressure on me to make sure I’m on my game.”

Best, who will move level with Malcolm O’Kelly as Ireland's seventh most capped player, added that he has been talking with the younger members of the squad, who include debutants Josh van der Flier and Stuart McCloskey about what to expect in London.

“With the younger guys we’ll be telling them – ‘this is going to be intimidating; it’s going to be tough but it’s also a great place to come away to and win’.

“There’s not many Irish teams that win here and there’s not many in our squad that have had wins here. They are hard-fought but they are really, really worth it.” 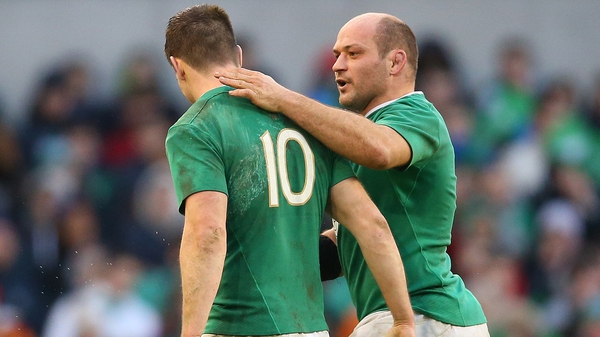