Paddy Wallace says that adding a couple of Ulster players to the Ireland squad could provide Joe Schmidt’s team with the “X factor” they have been lacking.

Centre Stuart McCloskey is in the Six Nations panel but has not made the match-day squad for either of the opening two rounds.

Winger Craig Gilroy has six Ireland caps but has fallen down the pecking order of late.

With Jared Payne suffering a hamstring injury against France and Rob Kearney being far from his attacking best, Wallace would like to see a change for the remaining three fixtures.

The 2009 Grand Slam winner reckons the Ulster duo could give the injury-hit squad a boost.

He told RTE’s Against the Head: “They add a bit of an X factor, Craig especially has fantastic footwork and is able to score tries from nothing almost.

“I think that’s something the Irish team has lacked, especially off the bench.

"He’s got lovely subtleties, nice soft hands and good footwork at the line as well"

“I think when you have to go to a player like Fergus McFadden, who has an incredible work rate, and Joe obviously has a lot of trust in – you’re not bringing on someone dynamic that’s going to change the game.

“Craig has that ability and Stuart McCloskey has had an incredible 18 months for Ulster.

“People know his game now but it’s still very hard to defend against. He’s got lovely subtleties, nice soft hands and good footwork at the line as well.

"So I’d be pushing him, maybe thinking about Jared Payne moving into his better position for Ulster certainly, at full-back as well, until Rob [Kearney’s] form comes back.”

Ireland’s next game is the away fixture with England on Saturday, 27 February. 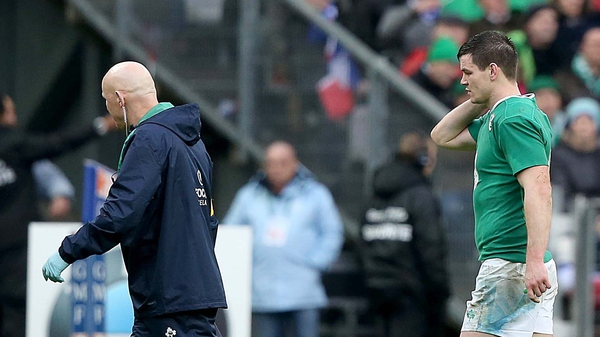