Ireland Women head coach Tom Tierney is confident his new-look panel will relish the white heat of a Six Nations battle as they prepare to start their title defence against Wales at Donnybrook Stadium on Saturday. (1pm, live on RTE.ie/sport).

Winger Elise O'Byrne-White and hooker Zoe Grattage will win their first caps after being named in the starting 15, with Grattage's Tralee and Munster team-mate Ciara Griffin hoping to make her Ireland debut from the bench.

The squad also features seven players who won their first caps last November in the Autumn International against England.

Aine Donnelly and Mairead Coyne will win their second caps when they run out on Saturday, while Cliodhna Moloney, Lindsay Peat, Fiona Reidy, Ciara Cooney and Mary Healy will all be looking to add a second cap to their collection from the bench.

In all there are ten players who will be involved in a Six Nations side for the first time and Tierney is confident they can step up to the plate.

"It's very exciting to have so many new players involved in their first Six Nations game," he said.

"With some of the girls from last year's campaign involved with the Sevens at the moment, as well as some retirements over the past few seasons, it gives others the opportunity to pull on the green jersey.

"We're now at a stage where we are developing more and more girls who are capable at competing at international level and it's a great to see.”

Ireland played a Wales selection in a warm-up fixture two weeks ago, and Tierney feels his side have reaped the benefits of that blowout.

"The game against Wales the other week was good for us in that it allowed us to use 26 players and give them all a run against an international side.

"The fact that we are facing the same opposition so soon is interesting, as both sides will have worked on particular areas of their games over the past two weeks. We've trained well, so we're now looking forward to putting that all into practice in a full-on test match."

This season the Ireland Women's team will play all three of their home fixtures during the Six Nations in Donnybrook and Tierney is looking forward to playing in the new ground.

"While Ashbourne served us unbelievably well as a venue over the last number of years, the move to Donnybrook, with its central location and 4G pitch is something we are all pleased with.

"We have a new crop of players coming through and a new stadium so it's a special time for the women's game in Ireland and we're looking forward to getting the campaign underway."

Follow Ireland v Wales live on from 2pm on RTÉ2 and RTÉ Radio 1 and via the live blog on RTÉ News Now and RTÉ.ie 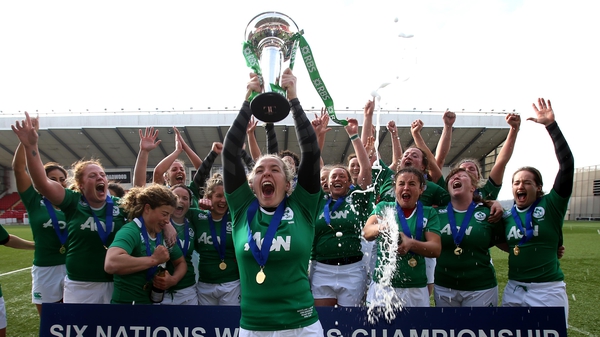