Ireland Under-20 coach Nigel Carolan has named an inexperienced side to face Wales in their Six Nations opener at Donnybrook Stadium on Friday night.

Front rowers Andrew Porter, Adam McBurney and Conan O'Donnell are the only players to have featured in last season’s championship.

Newly-appointed captain James Ryan will pack down behind them in the second row.

Carolan is looking forward to seeing the next generation of Irish rugby take to the field on Friday night and is expecting his players to hit the ground running, saying: "We've been training well and the players are integrating nicely.

"While the majority of the lads taking to the field on Friday will not have played at international level before, they have got good experience at provincial level and this has shown in their preparation over the last number of weeks and they're all looking forward to getting out there."

Speaking about the move to Donnybrook for all three home games this season, he added: "We played our final home game in Donnybrook last season and the 4G surface makes for a fast-paced game, regardless of the conditions.”

*Denotes Uncapped at this level 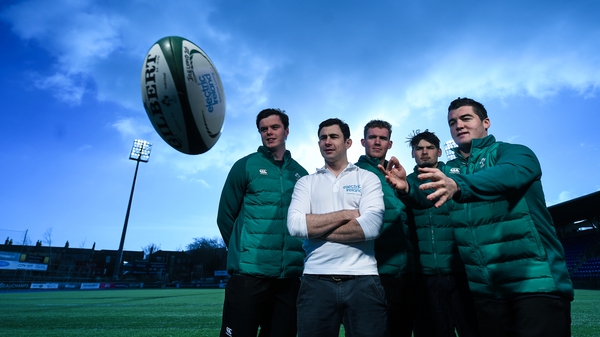