Marty Moore has been ruled out of the Six Nations after tearing his hamstring in Leinster’s Champions Cup humiliation to Wasps.

The province were hammered 51-10 at the Ricoh Arena, with Moore limping out of the fray just after the hour mark. The tighthead prop will be out of action for six to eight weeks, with Connacht's Finlay Bealham being drafted into the squad to replace him.

Australia-born Bealham (24) has played for Ireland Under-20s and Emerging Ireland.

In better news for Ireland coach Joe Schmidt, Leinster have declared that fly-half Johnny Sexton did not fail a head injury assessment during the heavy defeat. 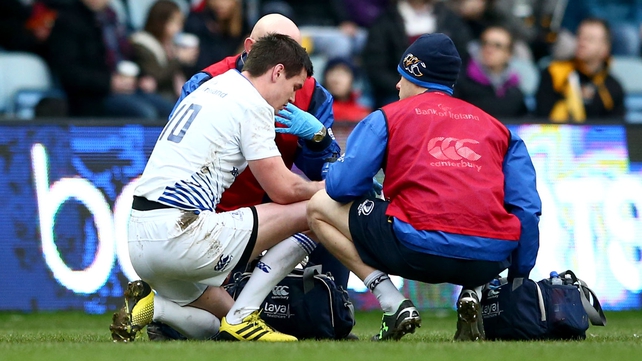 Sexton has joined up with the Irish squad in Carton House. The outhalf will be monitored by the Irish medical staff after banging heads with Brendan Macken just five minutes into the game.

While there was some initial confusion, he did pass the HIA examination from the Leinster medical staff, but a decision was taken not to put him back on the pitch, as a precaution. He will now follow return to play protocols.

He has passed HIA 1, HIA 2 and will complete HIA 3 tomorrow.

We wish @ooMARTYMOOREoo a speedy recovery, he's out of action for 6-8 weeks after tearing a hamstring on Saturday pic.twitter.com/ejeJiWvxrr

Moore is not with the Irish camp; he has remained with Leinster after suffering the grade 2 hamstring tear. It was also confirmed today that Moore will move to Wasps at the end of the season.

First-choice prop Mike Ross is in a fitness battle of his own and looks likely to miss the start of the tournament due to his own hamstring injury.

Ross and Cian Healy are also being monitored by the Leinster coaching staff and are said to be a couple of weeks away from a return.

Robbie Henshaw suffered no ill-effects after starring for Connacht at the weekend. The centre hadn't played since breaking his hand in November, but came through the 47-5 destruction of Enisei-STM unscathed, crossing over for a try to complete a highly satisfactory comeback. 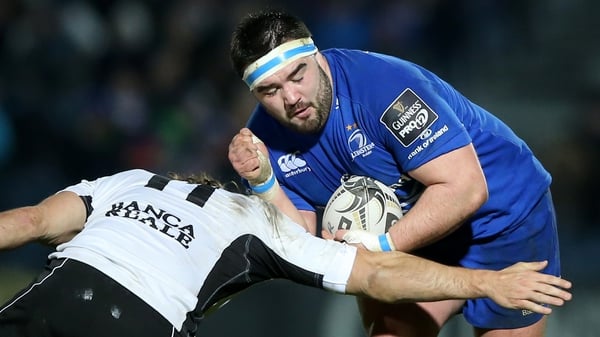