Scotland will be like starving “wild dogs” when Ireland visit Murrayfield on Saturday looking to secure a Six Nations title, according to former international Ronan O’Gara.

Vern Cotter’s men are staring at the wooden spoon, having lost all games to this point. Should they get beaten, it will be the third time since the Six Nations began that they have been whitewashed.

“They’re going to be like wild dogs that haven’t been fed for a week,” O’Gara told RTÉ Sport.

“That’s a dangerous recipe. They’re in a very dangerous position. They’ve lost all five games just twice before (2004 and 2012 in the Six Nations). As bad as they’ve been they won’t like to add another one this year, especially after such a promising autumn.

“They just have awkward backs that are strong and fast, [Stuart] Hogg can do damage. [Ireland] have to be disciplined because they won’t miss many kicks at goal.

“All of a sudden they could put up 14 points on the board and that’s not easy to peg back.”

Ireland, along with England and Wales, go into the weekend looking to clinch the championship, which looks very likely to be decided on points difference, with all three having recorded three wins and a loss.

And the ex-Munster man, now coaching with Racing Metro in France, had a warning for Joe Schmidt’s men about focusing on the margin over result.

“Ireland can’t be thinking of scoring tries against Scotland at the start, they have to think of winning the Test match,” said O'Gara, who won the last of 128 Ireland caps in defeat to the Scots in 2013.

“Because it’s one thing not achieving the championship by winning four out of five, but if Ireland were to under-perform and not get a result on Saturday then there would be huge disappointment for everyone involved.

“It would most definitely be viewed as a poor Six Nations.”

Ireland's round five clash with Scotland is live across RTÉ TV, Radio and Online this Saturday. Kick-off at Murrayfield is 2.30pm. 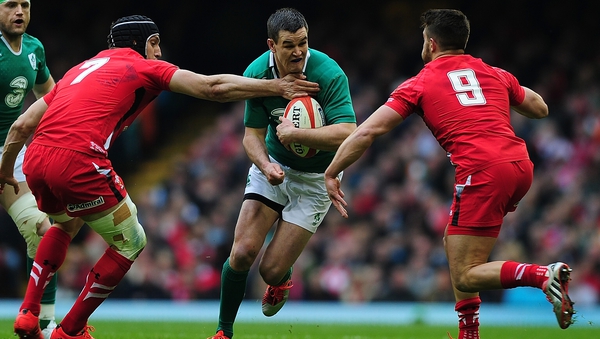