Robbie Henshaw has already become a “huge” player for Ireland and all has the attributes to become a superstar, according to former Munster and Ireland out-half Ronan O’Gara.

Henshaw capped a man-of-the-match performance by scoring Ireland’s try in the 19-9 RBS 6 Nations victory over England last Sunday, and has quickly established himself as an important part of the Ireland back line.

Long tipped as the long-term heir to Brian O’Driscoll in Ireland’s midfield, Henshaw has put in outstanding, assured performances in Ireland’s first three games of the Six Nations.

The Connacht star, still only 21, is “more than a little bit special,” O’Gara, now assistant coach with French side Racing Metro told RTÉ Sport. “How quickly he has grown into the team.

“Even driving home on Monday with Johnny [Sexton, Racing Metro and Ireland out-half], it was weird to think – the two of us were talking – if Robbie Henshaw was cited for this game – I think he was up for maybe a potential tip tackle – you’d be tacking about what a huge loss he’d be. That’s how quickly he has come in such a short space of time.”

“But all the attributes are there, so it’s just head down and work for him, and become a superstar" - O'Gara on Henshaw

Henshaw’s rapid progress has also helped solve what had looked a serious conundrum for Ireland head coach Joe Schmidt: how to replace the seemingly irreplaceable O’Driscoll. O’Gara puts a lot of this progress down to Henshaw’s attitude and prodigious physicality.

“A few months ago, there was probably a debate who would play centre but, yeah, he’s a bit of an animal. He loves the physicality, and it’s not forced on him, he seems to go after it. And I think that’s great trait in him," he said.

“Talking to fellas in the camp, or throughout the weekend, I think he has an unbelievable attitude. And that seems to be the most important thing for any sportsperson: if you’ve got a right attitude, you’ll progress at a rate of knots.”

With Ireland still on track to successfully defend their Six Nations championship, and as part of a buoyant camp brimming with confidence as the World Cup looms on the horizon, Henshaw is ideally placed to continue to thrive and take his career to the next level, according to O’Gara.

“In that camp, when you have a captain like that and a coach like that, and confidence levels are so high, you’re hopefully seeing the best of him, and there’ll be plenty more to come, because I think his passing game is really good, too, and we haven’t seen much of that.

“But all the attributes are there, so it’s just head down and work for him, and become a superstar, hopefully.”

Man of the Match Robbie Hensaw 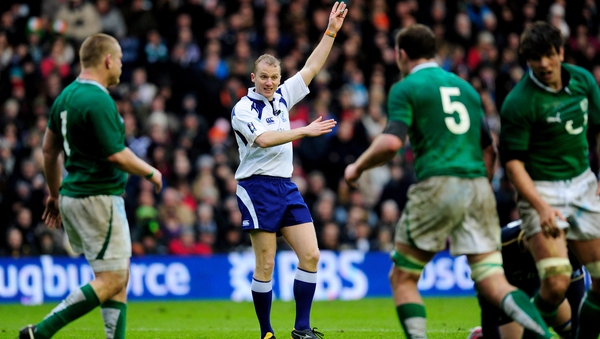