Ireland Women will need to improve their attacking play if they are to beat England, but will not fear the world champions, according to former international star Fiona Steed.

Beaten 40-7 by an England side on its way to the title in last year’s World Cup semi-final, Ireland go into Friday’s game at Ashbourne (7.30pm, live on RTÉ 2fm) looking to bounce back from a disappointing 10-5 loss to France, in which an intercepted pass proved crucial in allowing the French to take victory.

Speaking to RTÉ Sport, Steed praised Ireland’s defensive performance, interception aside, in that game, but identified their attack as an area with room for improvement.

“Their defence was absolutely fabulous against France,” she said. “An intercept try really was the difference in it. Their own attacking play was what they needed to work on. It didn’t quite click for them in the backs, and they know they have to put that right.”

Steed said that Ireland would have rectified those errors in their training since that French game, and they would approach the world champions without any fear.

England visit the Co Meath venue having lost to Wales and beaten Italy.

“[England] have had a lot of changes since the World Cup,” she said. “They have a lots of players contracted to the World Sevens series, but most importantly for them, they have Katy Mclean reinstalled as captain at ten, and she’ll be key for them.”

Reflecting on the Ashbourne venue, where the floodlights failed at half-time against France, Steed said it had served women’s rugby well, but called on the IRFU to move international games to Dublin or Limerick. 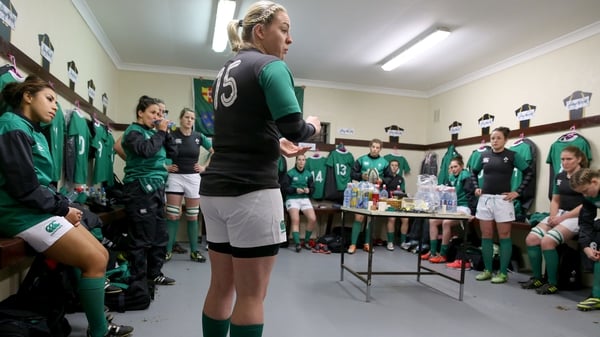 One change for Ireland Women against England as Hannah Tyrrell returns