Forwards coach Easterby refused to be drawn into a war of words with Wales assistant Edwards over Ireland's frequent and telling use of a tackle designed to hold the opponent off the ground.

Former rugby league star Edwards has branded the choke tackle "a blight on the game that encourages high tackling", but Easterby denied Ireland take any risks on safety with their approach.

Pressed on the issue and asked if Ireland play dangerous rugby, Easterby replied: "No."

The former Scarlets coach was however determined not to cloud the build-up to Sunday's pivotal RBS 6 Nations clash with England by discussing the merits of the choke tackle at length.

"He's entitled to his opinion, but I don't want to comment on that," said Easterby of Edwards' comments.

"It's a type of tackle that teams are using, just like a chop tackle is, just like an assist tackle, but I would prefer not to comment on what Shaun Edwards has said, because that's outside of this environment and I don't want to be commenting on that.

"I really don't have an opinion on what he said."

Ireland defence coach Les Kiss pioneered the choke tackle in 2011, to capitalise on a technicality of maul laws.

The tactic has been hugely successful for Ireland, who put it to good use to beat Wales in Dublin en route to claiming the 2014 Six Nations title.

Ireland host England in Dublin on Sunday, before taking on Wales in Cardiff on 14 March.

Edwards addressed the media regarding perceived and purposeful obstruction dummy lines run by England players ahead of Wales' clash with Stuart Lancaster's side at the start of the tournament.

The former Wasps coach has weighed into another wider rugby issue, suggesting the choke tackle puts player safety to the test.

The 29-year-old suffered a black eye and several eyebrow stitches from two clashes of heads with France's bullish midfielder, but refused to stray from the tactic.

While Easterby defended Joe Schmidt's side's right to continue to play within the game's current laws, the former Ireland flanker was not about to let any rebuttal turn personal.

The former British and Irish Lion instead turned his attention to the battle for Ireland's loose-head prop berth, admitting a selection conundrum between Jack McGrath and Cian Healy. Fit-again Healy was released for Leinster action at the weekend after coming off the bench in Ireland's victory over France.

The Lions front-rower is finally back up to speed after more than three months of hamstring trouble, and Easterby admitted he is ready to start if selected ahead of McGrath.

"We're lucky really that we've got Cian coming back to full fitness and up to speed on what we're doing," said Easterby.

"He's been out of the game for three months, he's probably made a really quick recovery from that injury and he's come back in unbelievable shape. But we also have a player in Jack who has been phenomenal, and his numbers are high in everything that he does.

"And we now have a great position in the loose-head that we do have two quality players in there we can call upon.

"It's a good position to be in, it's not every position that we have that in. Cian is definitely fit, yeah. Listen it's a nice position to be in, you've got Jack who has played a lot of rugby for us and done really well for a young man in a very attritional position." 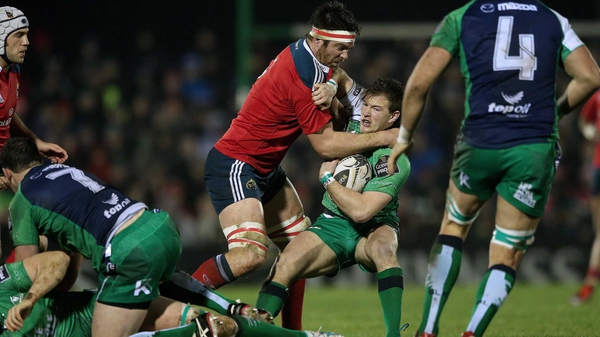