Former Ireland hooker Frankie Sheahan says that Ireland’s slim margin of victory over France may turn out to be of more value than it seems.

Ireland failed to cross the try-line and relied on six penalty kicks, five from Johnny Sexton and one from Ian Madigan, to claim two vital Six Nations points.

In addition, Joe Schmidt’s men failed to make any clean line-breaks in a strength-sapping 18-11 win at Lansdowne Road.

However, Sheahan feels that the seven-point win over a disjointed France paints a clearer picture of what areas need to be addressed from the coach’s point of view.

“It’s a great win,” the Munster man told RTÉ Sport. “I’m hugely encouraged [by] the fact that we only just won. There’s so much room for improvement.

"I think if we won this game by 20 points, I dare say complacency could have crept into their game."

"There’s so much room for improvement"

Grand Slam winner Paddy Wallace said that it was a sign of the progress made under Schmidt that Ireland were seen as favourites to beat Les Bleus.

He said: “That’s testament to where Joe has taken the team. There’s an expectancy amongst supporters and the squad themselves to be able to turn up and beat France, and go on to win championships.

“We’re in a great position but with that there’s a high expectation from everyone involved.” 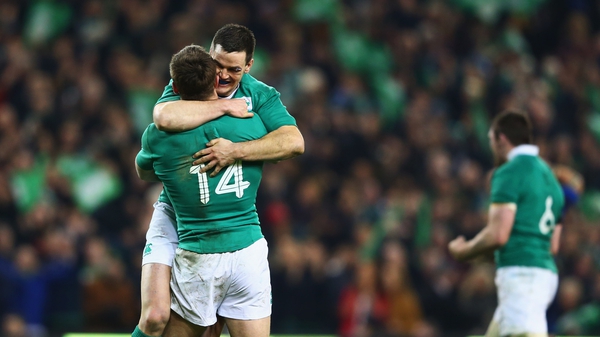