Johnny Sexton has insisted that he did not suffer a concussion after a head-to-head collision with France centre Mathieu Bastareaud in Ireland’s 18-11 win over Les Bleus at Aviva Stadium.

Sexton and Bastareaud were both taken from the field to have their heads stitched up following the clash, but both returned to the fray, and appeared to be unharmed bar fresh scars on their faces.

Sexton also revealed that the two players shared a word about the clash on the pitch afterwards, which was similar to the one where Sexton was left concussed following an attempt to tackle Bastareud in the sides’ last meeting in round five of the 2014 championship.

“I asked him afterwards, 'Why always me?' And he just laughed. It was just a glancing blow. It looked worse than it was. I just needed a couple of stitches, but I didn’t feel any pain in my head. I felt fine after,” said Sexton.

Sexton will now return to his club Racing Metro and most likely play in their home Top 14 clash against Clermont next Saturday in an effort to get valuable game time under his belt.

“Yeah, I need game time, so I’ll head back on Monday morning and join up with a few of the guys I played against today and try to get some game time under my belt next week,” said Sexton.

“And hopefully get a game against England the week after.”

As for that England clash in round three, the out-half is under no illusions about how difficult a clash it will be.

“England have won four from five [against Ireland] the last three years. And they haven’t got a championship to show. So, they’re gonna come here gunning for us after us winning the championship last year,” concluded Sexton. 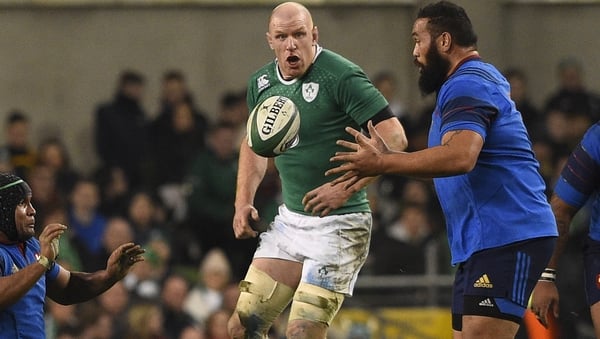