Former Ireland out-half Ronan O'Gara has backed Joe Schmidt’s side to beat France in their RBS 6 Nations clash on Saturday, and said the French would be delighted if they managed to even “keep it close”.

France announced their starting XV for the visit to Dublin on Wednesday, Phillippe Saint-Andre making just one change from the side that laboured to a 15-9 win over Scotland last weekend.

However, any notion that this relative stability might indicate a settled French side did not tally with O’Gara’s comments.

Backing Ireland to win the game, the Racing Metro assistant coach said that "there’s huge respect for Ireland in France,” and that the French would be going into the game looking to minimise a potential loss.

“It’s incredible,” O’Gara told RTÉ Sport. “I’d say France would be delighted if they can keep it close, which is an awful way to think about it. They really rate Ireland.

But he also warned that “the flip side of that is that's when France are at their most dangerous.”

Reflecting on the win over the Scots, O’Gara said that he had thought the French would be happy to get the win, but that attitudes towards the game and the performance in France were far from positive.

“Watching it live, I actually thought it was an alright game,” he said. “I thought France were okay; I thought there was improvement in certain aspects of their game from the autumn.

“But then I arrived in on Monday morning, and the negativity over here is incredible. Everyone was disgusted with how they played, and, yeah, it’s a very, very negative atmosphere and climate over here at the minute.

“It’s – I don’t know - a frustration, or is it disillusioned. I was quite surprised with how negative the whole atmosphere was.”

“I’d say France would be delighted if they can keep it close, which is an awful way to think about it" - Ronan O'Gara

O’Gara said that people in France were concentrating on how they had been within “a bounce of a ball” of losing the game, given how close Scotland’s Tim Visser had come to an interception that would have led to a crucial try for Scotland.

“But I think that’s a little bit easy to say,” O’Gara countered. “I think, when you watch the game, France were probably – they didn’t put the game away, and they probably didn’t look like scoring a try – but I thought they were the better team over the 80 minutes.”

There has been lot of talk about how physically imposing the French team is – Phillippe Saint-Andre has picked giants such as Uini Atonio (1.97m and approximately 155kg), Yoanne Maestri (2.02m, 119kg), and in the backline, the rampaging Mathieu Bastareaud (1.83m, 120kg), but O’Gara questioned the effectiveness of such big players in the absence of meaningful coaching.

“You have to ask what direction are the French forwards getting,” he said. “It’s very easy to run over to someone if you’re told to, and your coach probably puts it up to you.

“But at the minute it seems to me that there isn’t that detail in their game.

"They’re fantastic individuals, but their collective, I think, suffers, as a result of, A, just not having that trust between the players, because they haven’t played enough with each other; and, B, are they accountable for their performance, in terms of – are people prepared to speak up in meetings because they feel secure in their position or in their jersey?

“And, I think, they’re probably lacking a small bit of coaching detail as well, perhaps.”

The challenge, then, for Ireland’s forwards is to function better as a unit the sum of the collection of huge French individuals.

“The strength of the Irish squad at the minute is their collectiveness. Everyone knows their role inside out, and it’s a simple role, but they do it really effectively, and they do it over and over again.

“And that’s probably what makes good players great players, is the fact that they’re so good and so confident in their basics, that if they can have one flashpoint during a game, it probably is the icing on the cake.” 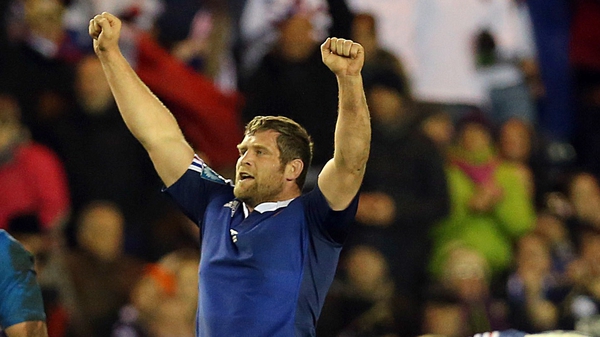