Speaking at the Ireland team announcement at Carton House, Schmidt said that his recent form and partnership with Munster team-mate Conor Murray at half-back favoured his decision to pick the Dubliner at number 10.

“Part of it is his combination with Conor Murray," said Schmidt.

"They play week to week and they understand each other.

“That understanding is very good. That’s not to say I don’t think Ian [Madigan] could play well with Conor. Ian Keatley has had that rhythm of playing at 10 on a regular basis, where Ian Madigan obviously hasn’t. And having him come off the bench with the flexibility of slotting in at 12 or 10 is a nice thing to have as well.

“It was a reasonably tight decision, and it’s a vote of confidence in Ian Keatley in that he has controlled games well and finished games off well for Munster in clutch moments. And I think that’s given us a degree of confidence that he can do the same for us.

“Ian Keatley has matured. It’s a difficult task being a 10 at a high European level or Test level because you’ve got to be controlling the game and making decisions on the fly. There’s a degree of competence and confidence from experience.

“I think you have to put confidence in players that have delivered and in recent times he’s delivered.”

Madigan will provide cover for Keatley from the bench and Schmidt revealed that the Leinster man took the news in the most in positive of manners.

“He said ‘So am I covering 10 and 12? Is there anywhere else that you need me?’ He’s very positive. He’d love to be starting. He’d also acknowledge that he hasn’t had the game time to have the same fluency at 10,” said Schmidt.

In another tight call for the Ireland boss, he has opted to pick veteran Mike Ross at tighthead ahead of his Leinster team-mate Marty Moore, deciding to keep faith in the tried and trusted in that front row position.

“I suppose there is a degree of confidence he came off very little game time in November and did a job. We think he’s in better condition than that now so we think he can continue to do a job,” said Schmidt.

“At the same time we respect that Marty Moore and Nathan White have trained well and they’re keeping the pressure on. It’s an usual, but a nice headache to have at tighthead prop.

“Our scrum was a real strong point for us last Six Nations and the personnel hasn’t changed too much. And I think Mike did really well last week against Matt Mullan [in the Wolhounds v Saxons game]. I think Mike’s in a pretty good place, but I suppose we’ll find out next week.

“They have a tough front row. [Leonardo] Ghiraldini and [Martin] Castogiovanni will put it up to his. We have confidence in the personnel.”

Regular number eight Jamie Heaslip is regarded as fit by Schmidt, but the desire is to rest him as a precaution ahead of the visit of France to Dublin on Valentine’s Day.

“Jamie trained fully today. If that had been the case on Tuesday the decision might have been different, but we do believe Jamie is now 100% fit to play and will train fully next week and allow him to focus on the French game,” said Schmidt.

“In the first round, particularly, we wanted to have as much clarity early in the week as possible and we believe that Jamie’s powers of recuperation are second to none. But we decided to be a little bit conservative early in the week.”

In Heaslip’s absence, Jordi Murphy slots in at the base of the scrum and has a huge opportunity to show that he is the future for Ireland in that position. Sean O’Brien starts at openside despite having played just 50 minutes of ruby in five months. However, Schmidt feels he has enough tank in the gas to play an hour in Rome.

“I don’t think Jordi has the same experience or accuracy. Jamie is an incredibly accurate player and I think is quite often overlooked for the amount of work he gets through during a game.

“In our game Sean O’Brien is a leader by the way he plays the game and people tend to follow him because he tends to go forward,” said Schmidt.

“What Jordi has to bring is a nice security at the base of the scrum and clarity in the defensive line. I think Jordi has had a real solid season since Christmas and that should give him confidence.

“No, we certainly didn’t necessarily see Sean starting this week, but there is always a degree of risk in bringing a player like that off the bench.

“If they do come off the bench and run out of steam then you’ve got nowhere else to look. If he has a great 50, 60 minutes that will put us into the game, against what will be a really tough side.”

In the centre Schmidt has gone for the expected pairing of Robbie Henshaw and Jared Payne, but insists the call was not an easy one to make due to the depth of options in that particular position.

“We felt that they deserved another opportunity playing together. Gordon D’Arcy has only had limited game time so he was disadvantaged - nor had Keith Earls.

“So they were a little bit behind in the opportunities they’d had. It was a tight enough decision, but we’ve decided to put our confidence in those two this week. We’ll see how the two lads go.”

On a very positive note, Schmidt also feels that Racing Metro’s Johnny Sexton is on course to be fit for the clash with France and that the World Player of the Year nominated out-half will train fully next week, saying: “We’re confident. Johnny’s very confident. Hopefully we’ll be able to give you an update after the game that Johnny’s fit to train ahead of France. We’re hopeful that Ian Keatley and Ian Madigan keep him challenged to come back into the side." 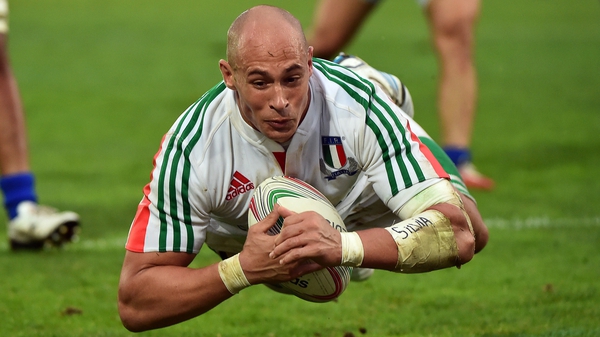