Scrum-half pair Conor Murray and Eoin Reddan are both expected to be fit for Ireland's opening Six Nations clash in Italy on Saturday week.

"Both guys look like they'll be fit," said Murphy.

"Eoin's knee injury is not as bad as first feared, in the last 24 hours he's seen a massive improvement.

"We are hoping that both of those guys will be ready for next week and if they're not it opens up an opportunity for Isaac Boss and Kieron Marmion to come in."

Dave Kearney, Rhys Ruddock and Dave Foley are all fitness concerns ahead of the trip to Rome.

Meanwhile, Leinster flanker Sean O'Brien is in line to start for the Irish Wolfhounds against England Saxons on Friday, which would be his first game in an Ireland shirt since sustaining a shoulder injury in the heartbreaking late defeat to New Zealand in 2013.

"Sean trained fully today (Tuesday), trained last week in Leinster and has taken part in all the sessions," said Wolfhounds coach Murphy. "There is a possibility that he will be available this week."

His provincial team-mate Cian Healy is unlikely to be involved in that game but is also closing in on a return to fitness.

"Cian is a little further behind Sean, but is doing pretty well," said Murphy. 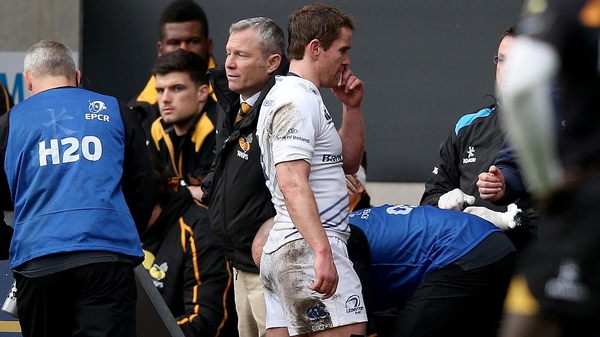 Eoin Reddan faces race to be fit against Italy