Ireland captain Fiona Coghlan has urged fans to stay on and support the women’s side after the men’s RBS 6 Nations clash with Italy at Aviva Stadium.

The Grand Slam champions will play their first game in Lansdowne Road just after the men’s game ends, kick-off 5pm, and Coghlan says supporters who have not seen Philip Doyle’s side in action are in for a pleasant surprise.

“Stay on. I think people will be somewhat surprised by the standard we’re playing at, particularly people who’ve never seen it before or maybe they’ve seen a bad club game," the prop told RTÉ Sport.

“I’d just encourage them to stay on and we’ll give them a show.”

She said: “I think [the fixture at the Aviva] just adds credibility to the women’s game.

“For me personally, I really believe it’s when people actually see the brand of rugby that we play, they see the skill, the speed and the technique, they really are always taken aback.”

Ireland are currently second in the table after wins over Scotland and Wales, and a loss to England.

Supporters with tickets to the men’s match can stay on for the women’s game, while tickets can also be bought separately for the second game at a cost of €10 for adults and €5 for children.

Live coverage of the Women’s Six Nations meeting of Ireland v Italy from 16:55 on Saturday 8 March on RTÉ News Now and RTE.ie (Worldwide). Live radio coverage on Game On from 17:00 on RTÉ 2fm and RTÉ.ie (Worldwide). 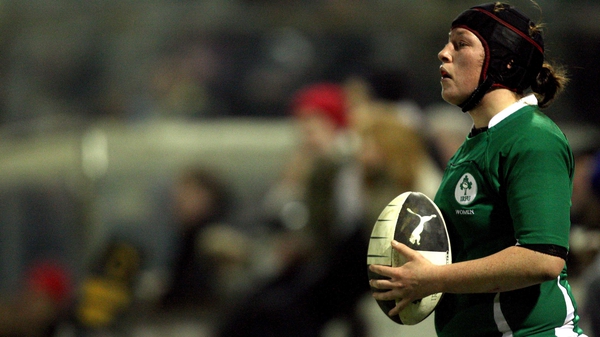