The IRFU have confirmed that Ireland lock Dan Tuohy suffered a fracture of the right forearm in Saturday’s RBS 6 Nations victory over Wales.

The Ulster second row replaced Paul O’Connell fifteen minutes into the second half but left the field shortly after with an arm injury.

The IRFU have not indicated how long Tuohy will be out of action but the 28-year-old is unlikely to return before the end of the Six Nations championship.

There are no other injury concerns as the IRFU statement confirmed that “a number of players reported bumps and bruises following the game but none are considered to be serious injury concerns.

“A number of players will return to their provinces this week to get game time this weekend and the rest of the Ireland squad will attend a mini-camp in Clonmel this week.” 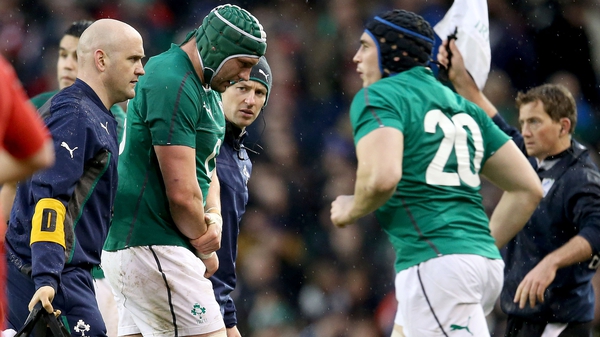