France captain Pascal Pape has said his side’s dramatic 26-24 Six Nations victory over England could boost French confidence for the rest of the championship.

France allowed themselves a smile after their last-gasp win on Saturday, but admit they still have plenty of work to do to put their horror 2013 behind them.

The French finished bottom of last year's Six Nations and won only two of 11 tests in 2013.

They were on the verge of getting 2014 off to a poor start before substitute Gael Fickou broke through the English defence for the match-winning try, three minutes from time at Stade de France.

Captain Pascal Pape said France's refusal to give up had been spectacular and the victory could boost their confidence after a dismal 2013.

"We went through a lot of disappointments last season but that helps build a squad too," he said. "It's good because it's been a long time since we saw smiles on the players' faces."

France coach Philippe Saint-Andre said he was happy with his side’s attacking display, but that they had plenty of things to work on.

"We're happy with the victory,” Saint-Andre told reporters. "Still, there are plenty of things to improve. We had troubles on the touchline, we had problems defensively between the 30th and the 70th minute.

"When we had the score at 16-3, we lacked patience. We missed a penalty, we did not follow some kicks. The English put a lot in physically. We really suffered and that's why we made early replacements.

"In the last 15 minutes, we found more solutions and we scored this try, the try of hope for a young squad."

England had recovered from a 13-point deficit midway through the first half after two tries to Yoann Huget had given France a 16-3 lead, outpacing and overpowering the French backs for more than 45 minutes as the hosts failed to control the game after their brilliant start.

Debutant flyhalf Jules Plisson, who set up Huget for the first try after 30 seconds with a neat low kick, was a symbol of France's fluctuations, according to Saint-Andre.

"Jules had been magnificent in the first 20 minutes both technically and tactically," the coach said.

"Then he dropped physically, he started to make some mistakes in the second half. But we have to praise his state of mind, he showed enthusiasm until the end." 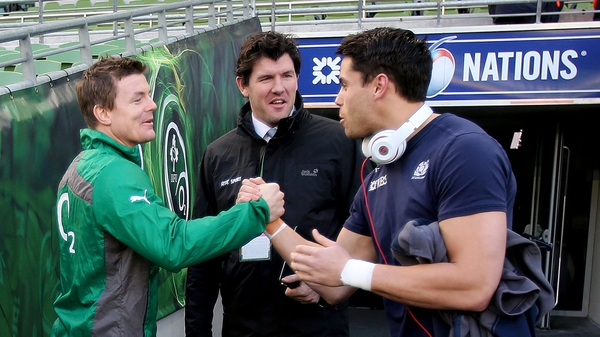