England will give debuts to outside centre Luther Burrell and wing Jack Nowell in Saturday's Six Nations opener against France.

Burrell has impressed throughout the season for Northampton, where he has been playing in the number 12 jersey, and starts ahead of Brad Barritt, who is included on the bench.

Nowell, the tackle-busting Exeter wing, has benefited from injuries to Marland Yarde and Christian Wade to seize the number 14 jersey from the axed Chris Ashton.

Gloucester's elusive runner Jonny May wins his second cap on the left wing having appeared against Argentina during last summer's tour.

"Congratulations to Jack and Luther who deserve their chance, as does Jonny starting his first Six Nations game," England head coach Stuart Lancaster said. "It's also great to see Brad back in the 23 with his experience and leadership."

The fourth change to the back line that started November's 30-22 defeat to New Zealand sees Danny Care picked at scrum-half with Lee Dickson supplying cover from the bench.

Care partners Owen Farrell at half-back with Billy Twelvetrees reselected at inside centre and Mike Brown at full-back.

Care, Farrell and Brown have 81 caps between them, but there are only nine Test appearances in the remainder of the back line as Lancaster decides to gamble on potential at the Stade de France.

A further risk is the lack of specialist out-half cover on the bench where Alex Goode, who plays full-back for Saracens, will act as back-up to Farrell.

England's pack excelled throughout the autumn and the eight that started against the All Blacks have been retained for the Six Nations collision in Paris.

Joe Marler has held off the challenge of Mako Vunipola, who features on the bench, at loosehead prop. Openside Chris Robshaw continues at the helm.

"We felt the pack went well in the autumn and it's right to leave it unchanged," Lancaster said. "But we have some quality players to come on off the bench, including two British and Irish Lions in Tom Youngs and Mako Vunipola.

"We can't wait for Saturday. We've had a good two weeks and all the players have pushed hard for selection."

Out-half George Ford, prop Matt Mullan and wing Anthony Watson will travel to Paris with the squad as cover.

Read Brendan Cole's profile of England ahead of the Six Nations 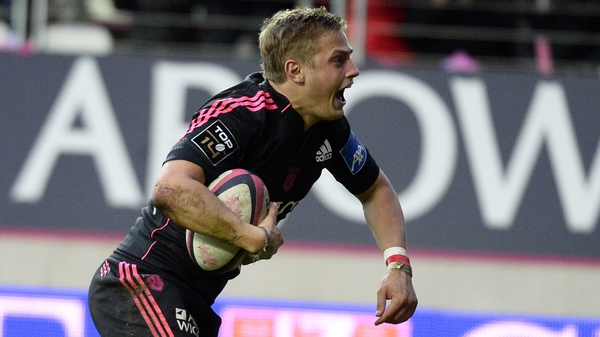