Paul O’Connell has called upon Ireland fans to get behind the national team in the same manner as they do for the provinces.

The atmosphere at Ireland games has come in for criticism in recent years, with fans slow to take their places and reluctant to cheer on the team when the action starts.

With the exception of the most recent November Test against New Zealand, the lack of crowd participation, with fans seemingly content to sit and watch in respectful silence, at home internationals has been a noticeable feature since the new stadium was opened.

While the Lansdowne Road venue was well overdue for renovation, there is a feeling that the Aviva Stadium lacks the old intimidating atmosphere that made it a difficult place for opposing teams, in both football and rugby, to settle in.

Speaking at the launch of the 2014 Six Nations, Ireland captain O’Connell told RTÉ Sport: “With the provinces it’s not an issue. I think with the provinces the crowd understand the role they can play for the team by being there early, by being vocal, by showing how much they are up for it.

“In the Aviva, I suppose it’s such a fantastic stadium, it’s so luxurious and so comfortable, people take time getting to their seats.

"It is a bit of a frustrating thing to come out at times, particularly at half-time and for the crowd not to be in their seats." - O'Connell

"It is a bit of a frustrating thing to come out at times, particularly at half-time and for the crowd not to be in their seats.

“Certainly we have to give the crowd something to cheer about, there’s no doubt about that but I do think, at this stage, we need the crowd to realise they have big role to play for the team as well in terms of supporting us.”

Ireland begin their 2014 Six Nations campaign at home to Scotland on Sunday, 2 February. 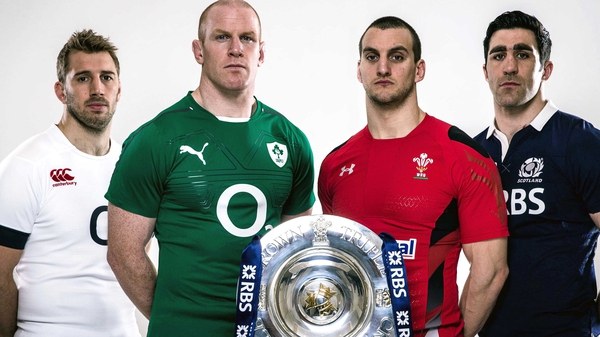