Ireland coach Declan Kidney insists Brian O'Driscoll will be allowed to determine his playing future in his own time.

O'Driscoll's contract with the Irish Rugby Football Union expires in the summer, raising the prospect that tomorrow's clash with Italy could be his final RBS 6 Nations match.

The summer Lions tour to Australia offers a fittingly-grand stage for his send-off and while the 34-year-old centre has performed to a high standard in the championship, injury is taking its toll.

He had to pass concussions protocols this week, and also suffered a lacerated ear and dead leg in last Saturday's 13-13 draw with France.

"But it's for Brian to decide what happens next. He's earned the right to be able to have the time and space to make the decision."

Kidney's own future is the subject of doubt with his contract also set to expire after the summer tour to North America.

Ireland's fortunes have fluctuated wildly during his reign, which began in 2008, and this Six Nations has been no different, although they have suffered horribly from a succession of injuries.

Yet remarkably if they win tomorrow and France beat Scotland, they will finish the championship in third. They could also land the wooden spoon.

"It's the type of job you live and not one you work at. There's a substantial difference between finishing third and bottom," Kidney said.

"I'm really enjoying it. It's a huge honour for me to be involved in Ireland and I'm looking forward to tomorrow."

The latest injury setback saw fly-half Jonathan Sexton withdrawn from the starting XV because of a foot injury, so Paddy Jackson will continue at 10.

"Players will always get bangs and knocks. It's a physical contact game, no different to American Football," Kidney said.

"If you wait to be perfect, you'll never have a team, but no player will never go out on the field unless he is ready to go.

"We've lost two matches by a combined total of 10 points. A couple of small things and you could be in the winner's enclosure very quickly. But now isn't the time to moan, it's time to roll you sleeves up." 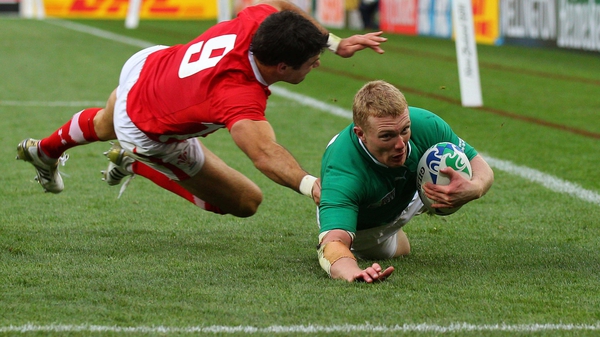