By Tadhg Peavoy at the Aviva Stadium

In a dramatic and tense game at the Aviva Stadium, Ireland were held to a 13-13 draw by France in their RBS 6 Nations clash.

A vastly improved Ireland were by far the better side as they dominated Les Bleus in the opening 40 minutes to lead 13-3 at half-time.

A try from captain Jamie Heaslip and eight kicked points from Ulster’s Paddy Jackson put Ireland in the boxseat, while France’s outhalf Frederic Michalak had Les Bleus off the mark with a sole penalty.

However, Ireland failed to record a single point in the second half, while France responded with a Morgan Parra penalty and a try from No 8 Louis Picamoles. Michalak levelled the tie with the conversion.

The game could have been won by either side late on, but in the end the defences held firm and the teams had to settle for a share of the spoils, France’s first point of the championship.

The result means France have now gone seven championship matches without a victory for the first time since 1927.

After an even opening five minutes of the Saturday evening tie in Dublin 4, Ireland drew first blood as they mauled hard from a Mike McCarthy catch at four in the lineout.

Les Bleus were rendered powerless as the Ireland pack smashed them back and Heaslip steered his pack across the whitewash to touch down.

The move had all started from a Brian O’Driscoll grubber along the left wing, which Keith Earls chased up, forcing winger Vincent Clerc to clear the ball into touch.

Ireland No 10 Jackson stepped up to confidently slot over the conversion from wide left of the sticks. 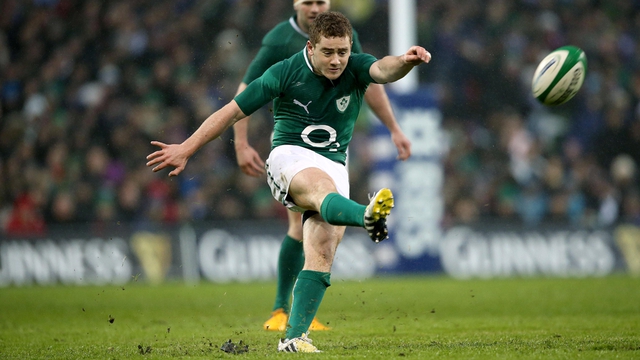 France should have replied just five minutes later when Mike Ross was penalised for bringing the scrum down on the tighthead side. But Les Bleus’ No 10 Michalak pushed his effort on goal wide right from the 22m line.

Declan Kidney’s team upped the pressure with an O’Driscoll burst up the centre followed by a Conor Murray box kick to the corner.

From a crooked lineout off that play, Ireland had a superb chance to attack off a scrum, but for a second time in the tie, Ireland engaged early; Cian Healy was the offender.

All the same, it was all Ireland at that stage, and the men in green won a penalty on halfway as Nicolas Mas came over the top of an Ireland ruck. This time, however, Jackson was wayward with the boot, pushing his kick narrowly to the left.

The next attacking wave was France’s as the blue pack won their lineout in the Ireland 22. They mauled expertly, but the ball popped out the back and Heaslip forced the French to spill as he applied superb pressure at the breakdown.

France were finally off the mark on 27 minutes when once more Ireland were penalised at the scrum as referee Steve Walsh incorrectly adjudged Healy to have collapsed the scrum – in fact Thomas Domingo had brought the other side down.

Michalak took his second bite of the cherry and slotted over the penalty from the left, on the 22, for 7-3. 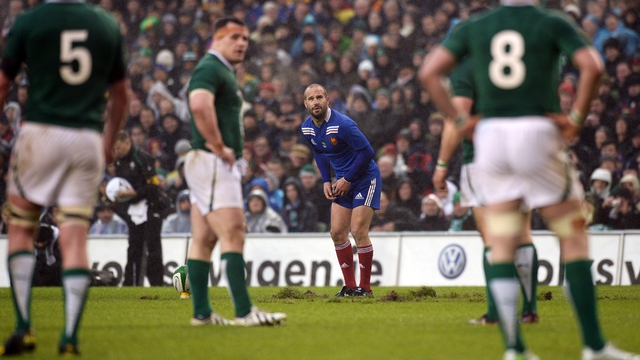 Almost immediately, France offered up more points for Ireland, as they pulled down an Irish lineout just inside their own half. Jackson got his second kick of the day with a massive boot to restore Ireland’s seven-point advantage.

With France struggling to contain Ireland, lock Christophe Samson failed to roll away at a ruck and Jackson smashed over another penalty from just inside halfway on 34 minutes; the Ulsterman’s kicking boot was singing in the rain.

Again France came at Ireland, and again they failed to make any dent as they spilled the ball at the breakdown and Luke Marshall hammered a kick downfield to the French corner.

The move came to nothing but The Fields of Athenry began to ring out around Lansdowne Road as the home fans sensed something special in Dublin.

Last blood of the half should have gone to France as McCarthy was penalised by referee Walsh for not rolling away after a tackle.

However, Toulon standoff Michalak made another mess of a place kick as he hoofed his effort wide. That was the last action of the half as the home side went in with a 13-3 interval lead.

Ireland’s dominance continued at the start of the second period as Domingo pulled the scrum down just inside the French half. But Jackson couldn't find the target as his penalty kick dropped short and left.

The battle of the scrums that all and sundry had predicted took another twist when Ross was penalised for standing up in the scrum under pressure from Mas.

Scrumhalf Morgan Parra slotted the penalty from wide left near the Ireland 10-metre line; that score came from France’s first foray into the Ireland half in the second period after 53 minutes.

Parra should have closed the gap further for France five minutes later when Ireland were penalised for playing the ball in the ruck. But from an almost identical kicking position, the Clermont Auvergne man pushed his kicked to the left of the sticks.

Just after the hour, Kidney made his first tactical changes as he brought on Eoin Reddan for eventual man-of-the-match Murray at scrumhalf, and Luke Fitzgerald for Fergus McFadden on the wing. 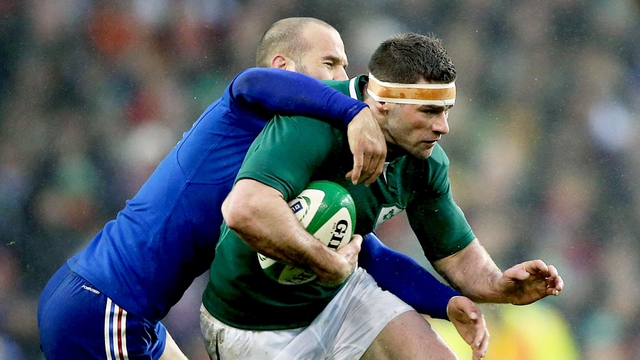 Reddan almost had an immediate effect on the occasion of his 50th cap as his boxkick nearly made the French corner, only to bobble into the France in-goal area.

Soon after, France head coach Philippe Saint-André then made wholesale changes within a few minutes as Vincent Debaty, Antoine Claassen and Mathieu Bastareaud all entered the fray.

But France were struggling to gain any sort of attacking foothold, a rare attack ended with Wesley Fofana being penalised for playing the ball on the ground as he tried to place the ball back on his side.

Donncha O’Callaghan was brought into the fray to lend experience to the Ireland pack. But France should have scored moments later as fullback Yoann Huget failed to use a two-man overlap as Ireland scampered in defence.

That huge let-off for Ireland was followed by France being penalised for holding on and Ireland were awarded a penalty on their own line.

In the same play, Ireland’s centre pairing of Marshall and O’Driscoll were both injured and helped from the field; Earls moving into first centre, and Ian Madigan coming into the side at 13. Murray was brought back onto the field on the wing.

The disruption was a boost for France and with seven minutes remaining No 8 Picamoles crashed over for a France try from a tap-and-go. Michalak was returned to kicking duties and slotted the conversion to level the tie.

Moments later, the crowd erupted with the news that O’Driscoll had returned to the field of play to finish out the tie.

The game was turning into an end-to-end affair, and Earls very nearly got on the end of a long punt into the France 22, but was edged off the ball as the French defence managed to get back to defend their line. 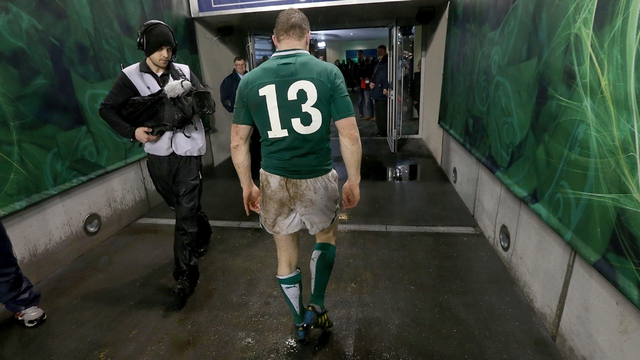 The finish was frenetic as the game swung like a pendulum; Reddan went down injured in the centre of the park as France won a penalty on their own 10-metre line, with the Ireland scrumhalf being taken from the field on a stretcher following a long delay - it has since been confirmed that Reddan suffered a leg break and will be out for three months.

Les Bleus attacked feverishly in the dying embers of the game as Ireland’s defence held firm.

Eventually Michalak attempted a kick to the corner for Clerc to chase, but there was too much on it as the ball was touched down in the Ireland in-goal area.

That was to be the last action of the tie as Walsh blew the full-time whistle and for the second year running the championship’s Franco-Irish tie had ended in a draw. 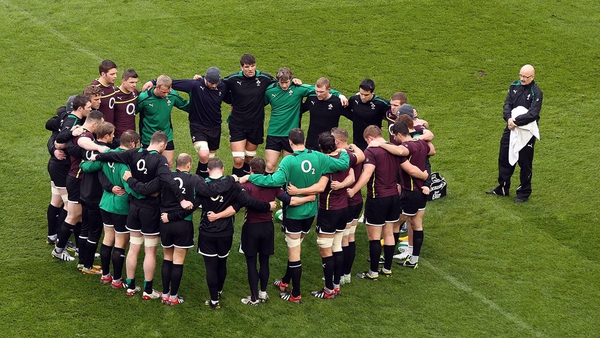