RTÉ Sport will broadcast live coverage of the Ireland Women’s Rugby Six Nations clash with France on RTÉ 2fm and on RTÉ.ie this coming Friday.

The Irish Women won an historic first ever Triple Crown after beating Scotland 30-3 on 23 February, and now are aiming to add a possible Grand Slam with two games remaining in the Championship.

The match with France will take place at Ashbourne RFC and will kick-off at 7.30pm. Coverage on RTÉ 2fm’s Game On, presented by Damien O’Meara, gets underway at 7.00pm. Michael Corcoran and former Irish International Rosie Foley will provide the commentary.

The game will also be streamed live on www.rte.ie/sport (Worldwide) in conjunction with www.irishrugby.ie.

Highlights of the game will also be shown on RTÉ Television’s coverage of the RBS 6 Nations on Saturday afternoon.

Coverage of the Women’s international is a further addition to a packed weekend of rugby available to the public free-to-air this weekend across RTÉ.

Friday night will also see the live broadcast of the Ireland U20’s 6 Nations match against France U-20’s at Dubarry Park in Athlone on RTÉ Two television.

The RBS 6 Nations action then continues on Sunday with England v Italy live from Twickenham at 2.30pm on RTÉ Two, RTÉ.ie and updates on RTÉ Radio 1.

Monday night will see Alan Quinlan, Bernard Jackman and Victor Costello review all the weekend’s rugby on Against The Head at 8.00pm on RTÉ Two. 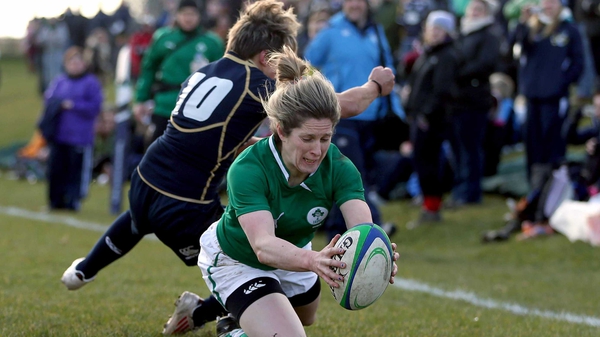