Ireland centre Brian O'Driscoll has given his most definitive admission yet that the forthcoming RBS 6 Nations could be his final championship.

O'Driscoll has lost the captaincy to Jamie Heaslip but has been restored to the midfield for Saturday's opener against Wales in Cardiff after missing the autumn internationals because of an ankle injury.

The 34-year-old is Ireland's second most-capped player behind Ronan O'Gara with 120 Test appearances and their leading tryscorer with 45.

But his contract with the Irish Rugby Football Union expires at the end of the season and he concedes his fitness will determine his future beyond the summer.

"There's a strong possibility it could be my last," O'Driscoll told BBC Sport.

"There's every chance it's my last Six Nations, but I haven't really allowed myself to start thinking about finishing.

"If you start thinking about it too early, you've one foot into retirement already. I'm contracted until the summer and I'll see how my body feels."

A strong Six Nations would guarantee O'Driscoll a spot on the British and Irish Lions tour to Australia this summer and propel him into the reckoning for the captaincy.

It was a post he filled in New Zealand in 2005, although he only played less than a minute of the opening Test after a spear tackle by Tana Umaga and Keven Mealamu resulted in a shoulder injury that ruled him out of the series.

Wales' Sam Warburton is favourite for the position, but O'Driscoll is a strong contender,

"It would be an honour that would be too big to pass up again. I got to do it once, albeit for only 25 seconds of a Test match, so it would be nice to get another opportunity," he said.

"But first I've got to get into a position to get myself on the tour and deserve my spot."

There will be full live coverage of Wales v Ireland and England v Scotland on Saturday 2 February from 12.30pm and Italy v France on Sunday 3 February on RTÉ Two. (Live streaming Ireland only). Ireland v Wales is also live from 1.00pm on Saturday Sport on RTÉ Radio 1. (Live streaming Worldwide 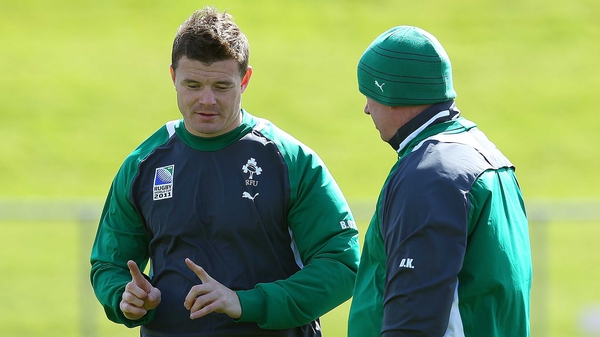