IRFU chief executive Philip Browne has revealed that Irish rugby’s governing body simply could not match Racing Métro’s financial offer for Jonathan Sexton, which ultimately led to the Leinster outhalf choosing to transfer to the Parisian club at the end of the season.

Browne’s comments come after Sexton announced this morning that he would be making the switch to the Top 14 club, where he will earn a reported €750,000 per year on a three-year contract.

“Not only from the point of view of Irish fans, but in particular for Leinster Rugby, I think that will be where his loss is felt greatest.

“He’ll still be available to play for the Irish national team. At the end of the day we’re very disappointed to lose him from playing here in Ireland. It’s important for us to try and keep as many of our key players as we can. That’s very much part of our policy.

“As we’ve seen over the last number of years, some of the French clubs have very wealthy backers prepared to really push the boat out to get star players from all around the world.

“In some ways it’s a back-handed compliment to Irish rugby that they see Jonny in that league.

“I’d certainly consider him in that league, he’s an exceptional player, [we’re] very sorry to lose him, and very sorry we couldn’t reach a deal.

“But the gap was too much to bridge.”

“The great thing is he’s still available for the Irish national team, and I suppose in that sense it’s business as usual next week with the start of the Six Nations” - Philip Browne

Racing - the five-time Top 14 winners - are funded by billionaire owner Jacky Lorenzetti, and can offer players a wage that few other clubs in European rugby can come close to matching.

Indeed, Sexton’s contract represents a superb deal for the Dubliner, even by standard contracts in French rugby’s premier league.

“It is an exceptionl deal, even in terms of the French market place,” said Browne.

“I’m sure it’s been a very tough couple of weeks for Jonny. It’s a tough decision for him to have to make to up sticks from his own home town and from the support base here in Leinster, which has been supporting him and Leinster over the last number of years through all their success. 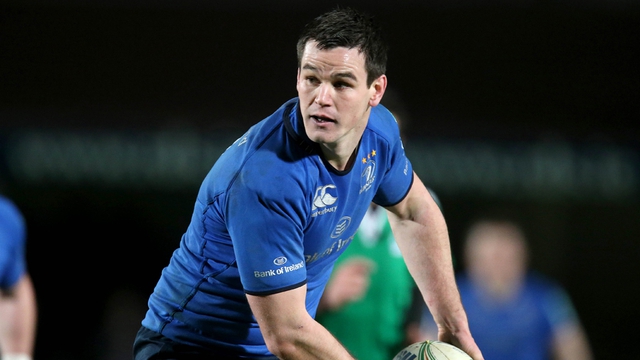 “At the end of the day professional sports people have a short career and he has to make decisions for his own well being and his own future, so I respect the decision he’s taken. So, we'll have to dust ourselves down and move on.

“The great thing is he’s still available for the Irish national team, and I suppose in that sense it’s business as usual next week with the start of the Six Nations.”

Release from Racing for Ireland games

One major issue for the IRFU is that Sexton will now be playing to a Top 14 schedule and not centrally contracted to the IRFU, therefore meaning that his release for Ireland duty is dependent on his club and the IRFU cannot guarantee he will always be available for every national team duty.

Regarding this problem, Browne said: “Under the International Rugby Board regulations it is required that he is released at certain periods. 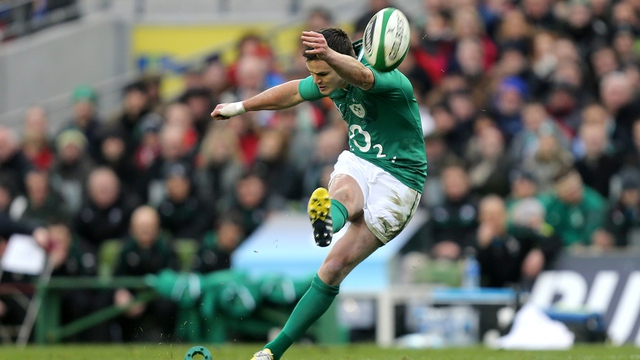 Playing Top 14 week in, week out

It is also generally considered that the Top 14 is a more physical league, which maintains intensity at a higher level on a consistent basis than the RaboDirect PRO12. Playing in the Top 14 also means that Sexton will play a minimum of four more regular-season matches each year.

Playing weekly in this environment will be a physical adjustment for Sexton, which Browne notes as a concern.

Browne stated: “Of course there will be concerns. We try to retain our key players here in Ireland because we can look after their health and well being and their rest periods and make sure that they peak at the right times of the year.

“That will be out of our control. But Jonny’s a sensible guy and I’m sure he’ll continue to have the Irish national team top of his priorities as well.”

Will this lead to a flood of players leaving for France?

The widespread concern among Irish rugby supporters since news broke of Sexton’s transfer is that it will lead to a flood of players making the move across the Celtic Sea to play their rugby on the continent.

However, Browne feels the Sexton transfer could be a once-off. 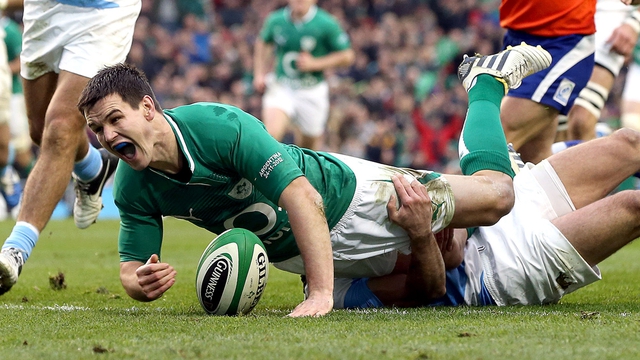 “We try to retain our best players here in Ireland to the best of our ability. It obviously has to be within a budget. We’ve a business to run. We have about 130 other players, we’ve four professional teams, we’ve a national team, we have the amateur game as well.

“We are continuing to offer competitive salaries compared to the rest of the market place in Europe.

"I think the exceptional situations, where French clubs have significant monies to put on the table, I think that’s probably where we have to draw the line, where we can’t compete with those sort of figures.”

Replacing Puma as kit supplier to the IRFU

Browne also revealed that he feels the IRFU will have no issues finding a new kit sponsor in the wake of Puma’s strategic decision to exit all rugby activity across Europe.

Browne commented: “We’re a good brand. We have a good platform for any kit sponsor, and I’m sure we’ll be able to fill that void.”

Puma will continue to supply Ireland’s kit until the 2013/14 season, at which point a new kit contract will be put in place.

What do you think of Sexton's move to France? We want to hear your thoughts. Please comment on the story below.