The Central Council of the GAA have agreed to allow the IRFU and FAI use Croke Park in 2008.

The IRFU will hold three Six Nations games at GAA HQ in early 2008, while the FAI will use the stadium to host two 2010 World Cup qualifiers as the Lansdowne Road redevelopment project continues.

The GAA said: 'It was agreed to accede to the IRFU and FAI's request to hold three Six Nations rugby and two World Cup soccer qualifier games respectively in Croke Park in the spring and autumn of 2008.'

However, the GAA said that the use of Croke Park would not extend past 2008 even if the Lansdowne project should experience delays as 'the 2005 Congress decision in relation to use of the stadium is no longer applicable post 2008'.

International manager Steve Staunton said that he was delighted that the 2008 matches are also set to take place in Croke Park.

He said: 'It is a fantastic venue and I know that the players will relish the prospect of our games taking place in such a world class stadium.'

Almost 82,000 watched Ireland lose to France in the first rugby game at the famous venue last week, while the football team will hope for a reversal of fortunes when they take on Wales on 24 March.

Some delegates expressed disappointment that a 'reciprocal gesture' was not being made to the GAA on the basis of the opening up of Croke Park.

The association confirmed that no other GAA grounds would be made available to the IRFU and FAI but also that no application had been made by the two associations.

The GAA added that an application to host two friendly games in 2008 by both associations was not discussed at the meeting.

The association also dismissed rumours that a wreath would be laid commemorating the victims of Bloody Sunday before Ireland play England in the RBS 6 Nations next Sunday. 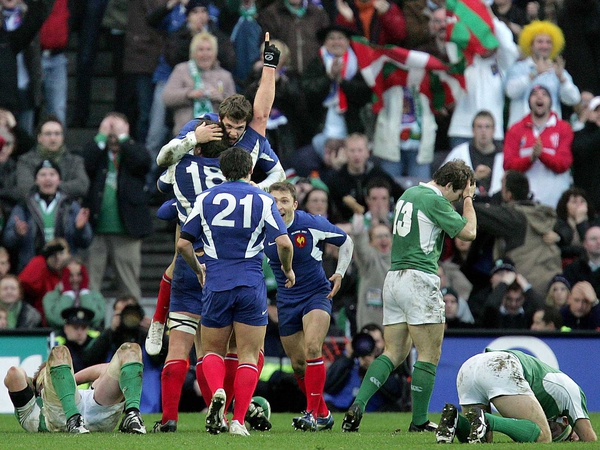