England head coach Brian Ashton will name his starting line-up to face Ireland later on today - 11 days before the Croke Park clash as a reignition in the club versus country row again threatens to hinder their RBS 6 Nations campaign.

Ashton was due to name his match 22 early next week but has brought that announcement forward in the hope that Premiership clubs will rest international players this weekend.

Unlike in Ireland, where players are centrally contracted to the IRFU, Ashton has no power over when his squad can play for the clubs.

The Rugby Football Union's Elite Director of Rugby Rob Andrew - who refused a similar request when in charge at Newcastle some years back - has been charged with brokering the deal.

Rugby Football Union chief executive Francis Baron has promised the club versus country rift and all other contentious issues blighting English rugby will be resolved by June.

Such problems have been blamed for the demise of the game since the World Cup victory in 2003 and Baron has vowed to fans the problems will be cleared up in a matter of months.

'It ends in June. We have a new way forward in June,' said Baron, when the RFU's Way Forward base and discussion documents were presented at Twickenham today.

Baron revealed the RFU and Premier Rugby, the body representing the 12 Guinness Premiership clubs, have come much closer to reaching agreement over recent weeks.

'We all feel the same. This time we are going to fix it because everyone is fed up with the bickering and all the rest of it.

'The strong thing uniting the RFU and the clubs is the desire to fix it and this is what we are going to do. We are going to find the solutions which have eluded previous attempts.

'Some great names have had a crack at this in the past but they didn't have all the information and data we have now,' said Baron.

The RFU have produced wide-ranging possible solutions to the issues they are determined to resolve in order to take the game forward for the decade beyond this year's World Cup in France.

They include:
• central contracts for England's international squad players
• player safety and welfare
• a development pathway for England qualified players and coaches to reach international level
• the structure of the season's league, cup and international fixtures
• the question of promotion and relegation from the Premier League
• new stadia investment and the problems of ground-sharing with soccer clubs.

Nine roadshows will be arranged around England to showcase the consultation document before the RFU Council make their decisions on 22 June with any subsequent rule changes coming up for ratification at the RFU annual general meeting on 15 July.

But Baron stressed that everything is on the table for discussion and that no decisions have yet been taken.

'The game belongs to everybody. It isn't the preserve of the people at HQ here, or the 12 top clubs. Everybody needs to have a say," he said.

Expanding talks with Premier Rugby, Baron said: 'I think for the first time that progress has been made on some of the thorny issues which have bedevilled the game for some time.'
Martyn Thomas, the RFU chairman, added: 'The clubs realise that there must be some form of joint management of the international players."

None of the Irish players will be playing this weekend as they prepare for the match, but Andrew admitted he is most unlikely to receive co-operation from all the English clubs.

'We will not get agreement across the board - the clubs are not obliged to give us this,' said Andrew, who was director of rugby at Newcastle Falcons before joining the RFU last year.

Newcastle, threatened with relegation from the Guinness Premiership, have Jonny Wilkinson, Mathew Tait and Toby Flood in the England squad and Andrew said: 'I would be surprised if Newcastle said they would not play these three.'

But he added: 'We are just starting this process. It will be done over the next two or three days, but we already have indications certain players will be rested, possibly benched.

'But clubs are making a huge effort - nine of the starting 15 against Scotland didn't play the previous weekend - and I do understand the position they are in.' 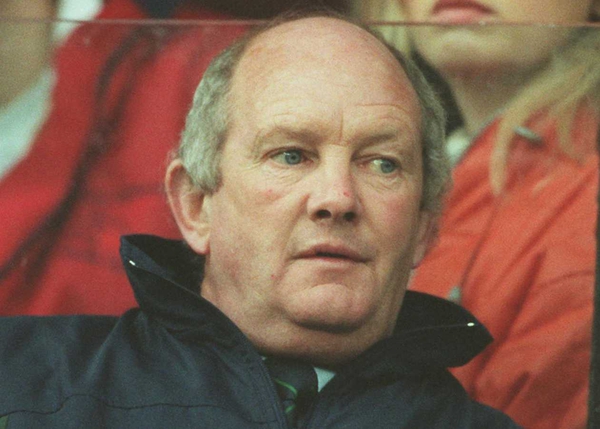