On the day the Irish Sailing High Performance Headquarters officially opened its doors in Dún Laoghaire, it was fitting that Olympian Annalise Murphy outlined her own fresh start.

At a cost of €300,000 and funded entirely by the Irish Sailing Foundation, the new sailing base should give Irish competitors a better footing on the global stage.

Rathfarnham native Murphy has done as much as anyone to improve Ireland’s standing in the pecking order. Following the heart-breaking fourth-place finish in London 2012 after a blistering start to the competition, she claimed silver four years later with a superb display in Brazil.

It was just the 31st time in Olympic history that an athlete/athletes climbed the podium at the Games representing Ireland. 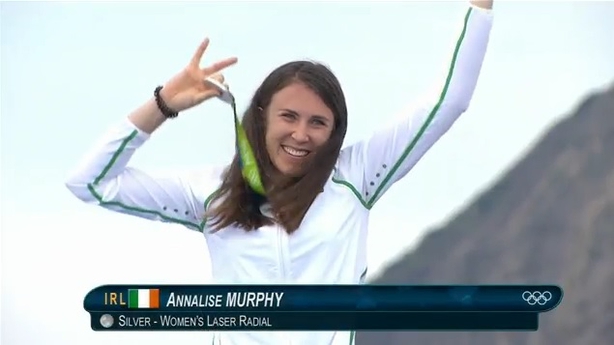 Now Murphy is going for a completely new challenge. Having raced most of her life in the Laser Radial class, she has gone from sailing solo to a team player.

She convinced Katie Tingle to take a career break from teaching and join her in the 49er FX class and they have their sights set on making their mark in Tokyo next year. She admits there is much work to be done in the meantime.

"90% of the mistakes made on the boat are my fault"

"It’s a massive challenge," she told RTÉ Sport. "The boat is really difficult to sail. The skill level to sail the boat is massive. It makes me look like an idiot most days, capsizing, falling over. I’m slowly getting better.

"I’m very lucky that Katie is really fast on her feet and seems to be able to save a lot of situations and 90% of the mistakes made on the boat are my fault." 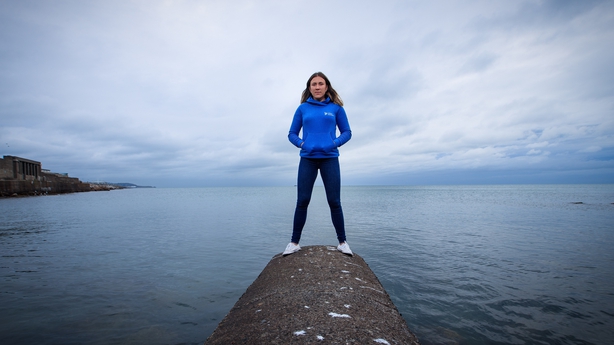 Blood, sweat and tears went into her four years between London and Rio, and the 29-year-old admitted that she required a fresh challenge.

Last June she completed the Volvo Ocean Race, covering more than 40,000 miles on a nine-month voyage around the world and going through the grind again in the Laser class wasn't overly appealing.

"Being on your own the entire time, it’s tough. Now having a team-mate means I’ll get to share the highs and lows and hopefully the two of us will be able to pull off something special.

"The easy thing for me to do would have been to keep on sailing the Laser. I don’t know if I would have been enjoying it as much. I probably would have got to Tokyo and maybe have a good chance of winning a medal.

"Even the days when I’m absolutely terrified in the boat, you still come in thinking, ‘that was amazing’"

"Learning how to sail a new boat, every day I come in with a smile on my face. Even the days when I’m absolutely terrified in the boat, you still come in thinking, ‘that was amazing’."

While the pair continue to get acquainted with the new challenge, the focus is on Auckland in December where the World Championships take place, and a ticket to Tokyo.

Back in Dun Laoghaire, Murphy and Tingle will be joined by 11 other sailors at the new sailing base, including six other world championship medalists.

The new facility consists of three converted shipping units with space for briefings and athlete education, a gym, gear storage and a boat maintenance area.

The athlete briefing room can be shipped directly to international competitions, including the Tokyo Olympics, and will provide a base for Ireland’s sailing athletes overseas. 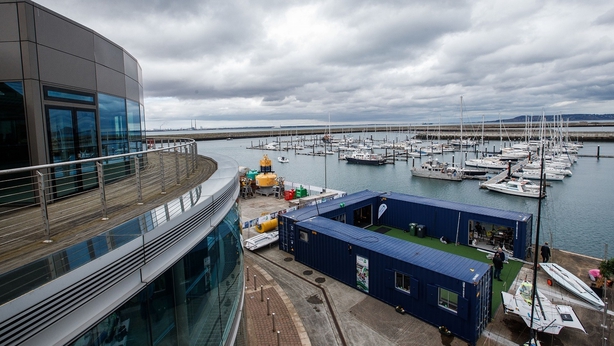 "Having this new base is fantastic," Murphy says. "For the first time we have a home, somewhere we know we can train, share experiences and focus as a group on how we can make our sailing performances better.

"It will be a huge support to our campaigns at international events this year as we look to qualify for the 2020 Tokyo Olympic Games.

"We’ve got a saying, ‘Leave home stronger’, which is there to remind us that we’ve got a home to come back to where we can recover, gain strength and prepare for the next campaign.

"That’s what the new HQ gives us – it means we don’t need to rely on the nomadic overseas campaigns of the past."