Ryder Cup hero Paul Lawrie has ambitions to captain Europe in the competition one day - but he is focused on a playing role when the trophy is defended in his home country in 2014.

Lawrie today took the golden trophy to Gleneagles, the venue for the next competition, after helping Europe to an unlikely success in Medinah on Sunday.

The Scot beat Brandt Snedeker 5&3 in the singles as the visitors came back from 10-6 down to claim an outright win and retain the trophy.

Lawrie was making his first appearance in the tournament since 1999, the year he won the Open, and the victory proved an identical reversal of the USA's comeback in Brookline that year.

Lawrie, who claimed two European Tour titles this season and is ranked 28th in world, believes he will be in even better form when the Ryder Cup takes place in Scotland.

And he does not have his sights set on immediately succeeding Jose Maria Olazabal.

The Aberdonian said: "First and foremost I want to play on the team.

"I think the captain will be picked around February so by then I believe I will still be roughly where I am in the world rankings so I can't see them picking me as captain, and to be honest I'd rather play and give myself a chance of getting on the team.

"In the future I'd definitely like to do it, but I think just now I'm getting better as I get older as a player so 2014 is just too soon for me.

"You don't know what's going to happen down the line but right now I feel very competitive at 43 and I can't imagine I'm going to be any less so in two years' time."

He added: "I think I'm getting better as I get older rather than the other way, so I'd like to think I'll be on that team at Gleneagles in 2014."

Lawrie was still savouring the triumph after flying into the Perthshire course on helicopter with the trophy in hand.

"It was a special victory because it's a tough crowd over there," he said.

"You take it a bit in the neck from their spectators because they want the Americans to win badly, so to turn the score around from 10-6 down to win is just a huge achievement by everyone on the team.

"I don't think anyone wanted Jose Maria to be a losing captain so we wanted to make sure we did all we could for him." 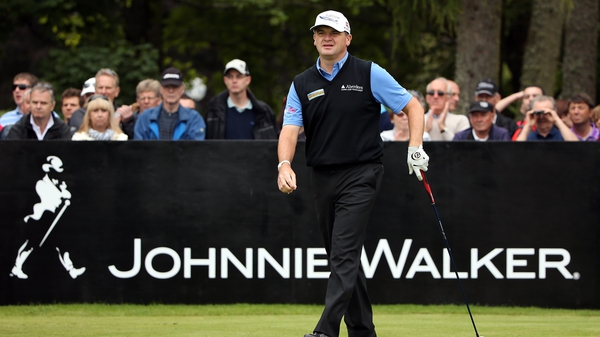