Steve Borthwick insists his focus is on Leicester's opening European game this weekend and not on speculation linking him to becoming England's new head coach.

Tigers director of rugby Borthwick is the favourite to succeed Eddie Jones, who was sacked on Tuesday after overseeing England's worst year of results since 2008.

"We play Ospreys on Sunday night and that's what I'm focused upon," Borthwick said at his pre-match press conference for Leicester's Heineken Champions Cup opener.

"Within Leicester Tigers and this team here, there is no talk here of anything other than the game on Sunday night."

Borthwick - who pledged he would be in the Leicester dugout for their second Champions Cup game against Clermont Auvergne on December 17 - added: "I don't think anyone can possibly doubt how committed I have been since the minute I walked through this door to give the best I can for this team.

"That is my intention again this week to get the performance we want.

"All these things that go on around a team, your job is always to be focused on what you need to do.
"Since I've come in here my focus is on what we need to get better today.

"We have frameworks in place to make sure how we think about how we train, how we prepare, and we will continue to do that this week."

Borthwick, a former England captain, was part of Jones coaching staff for the 2019 World Cup, where they lost the final to South Africa. He has subsequently overseen a renaissance at Welford Road, guiding Leicester Tigers to a first Premiership title in nine years last May. 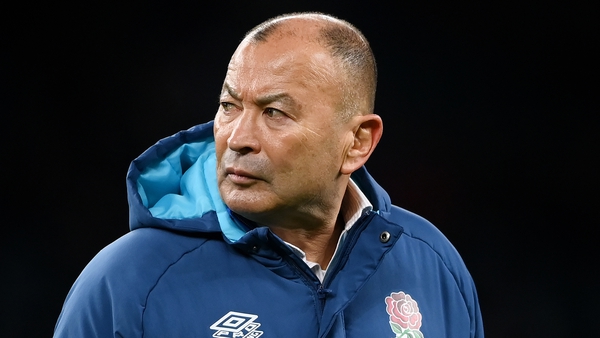