Munster head coach Graham Rowntree says he never lost faith that his side would turn their season around, but admits they will have their "hands full" when they welcome Toulouse to Thomond Park this Sunday (live on RTÉ2 and RTÉ Player).

The province begin their Heineken Champions Cup campaign against the five-time champions this weekend, a rematch of last season's quarter-final, where Toulouse prevailed in a place-kicking competition after a pulsating 24-24 draw in front of a pack Aviva Stadium.

And as painful as last season's defeat was to the French giants, Rowntree says they don't need any extra motivation this weekend.

"It's not been spoken about, that game," he said.

"It was a special, special afternoon. What we've looked at is their current form and it's undeniable what their threats are and the talent they've got in that group. So, we've analysed them and we've prepped it like a normal week by looking at their recent games. We've not looked at the Aviva game so far.

"It's a real European giant coming to Thomond."

With more than 20,000 tickets sold, Sunday's game at Thomond Park is likely to come close to selling out, while Munster's good recent form seeing a fresh energy appear around the province.

They've now won three games in a row, including consecutive bonus-point wins in the URC which has seen them move into the top eight in the table, while their injury list from earlier this season has started to thin out, Conor Murray the latest of those in line to return this week.

And the head coach [below] says consistency in selection has aided their recent form. 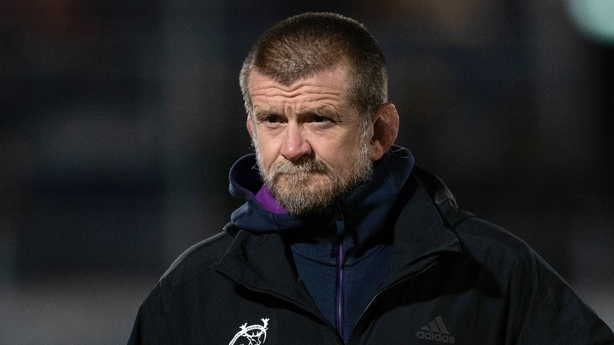 "It's helped, having the guys back from internationals. I have to manage their workload, but it's important that they came straight back into the team, we needed some momentum. Having some guys back off the injury list as well.

"It's been good, and we'll hopefully be able to do the same this week as well."

Since returning from the international break, Munster have picked up maximum points in the league with a home win against Connacht followed by a 38-17 win away to Edinburgh last Friday, a game in which they trailed 12-0 and 17-7 during the first half.

"The manner in which we've played, what we've been doing in training is coming through; intensity, around our attack, but I've been pleased with our power game, the maul - both sides of it. There's a nice blend to our game, a real nice blend to what we're doing.

"Friday [v Edinburgh] night was impressive in terms of sticking there. We gifted them two soft tries, but we didn't capitulate, and we grew and were still growing as the game was blown up at the end.

"We train hard and fast with our sessions, to drive the difference in the way we're playing and the intensity. It's coming through.

"I was always confident that it would come through, but the lads are getting better. They're getting more skillful, they're getting more comfortable with how we're training and playing and then there's the consistency of returning internationals and injured players." 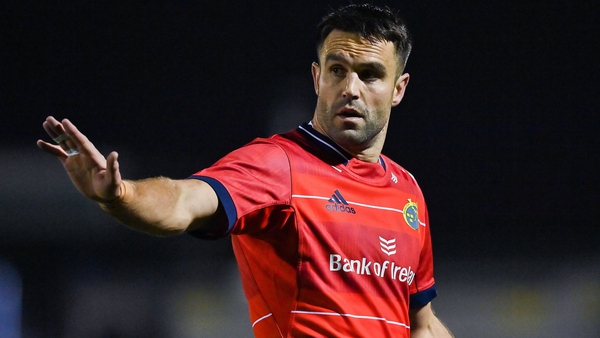