The countries clash again at next year's World Cup in France, which is an encounter that Georgia will not fear in any shape or form.

He then missed a penalty, but Matkava came up trumps and Wales could have absolutely no complaints.

It was one of the greatest upsets in international rugby union history, and will inevitably pile pressure on Wales boss Wayne Pivac building towards next weekend’s autumn finale against Australia.

Abzhandadze kicked Georgia into a second-minute lead before full-back Davit Niniashvili sparked a thrilling counter-attack as the visitors settled impressively.

Wales were slow out of the blocks in comparison, but they began to exert pressure inside Georgia’s 22, with wing Alex Cuthbert going close following two lineout drives that were defended well by the visitors.

But Wales pounced in the 20th minute after lock Adam Beard won lineout ball and flanker Morgan surged over for a try that Priestland converted, making it 7-3.

Morgan struck again just three minutes later when he collected scrum-half Tomos Williams’ pass, building impressively on his outstanding display against Argentina after going on as a first-half replacement.

Wales thought they had scored again eight minutes before the break when Adams finished impressively after a kick and chase, but Williams’ pass to him was ruled forward.

It was a let-off for Georgia, and they accrued no further damage on the scoreboard as Wales led 12-3 at half-time.

Pivac made a first change just five minutes into the second period, sending on prop Sam Wainwright for Dillon Lewis.

But Wales were temporarily reduced to 14 men when Cuthbert received a yellow card from referee Andrea Piardi following an aerial collision that saw Todua fall awkwardly.

Macleod then made way, with Taulupe Faletau taking over from him and making his 99th Test-match appearance for Wales and the British and Irish Lions.

Georgia dominated the third quarter, capitalising on aimless kicking from Wales, and scrum-half Vasil Lobzhanidze went close to a try that was thwarted by strong defensive work from Adams.

Wales were predictable, lacking creativity, and Georgia seemed to thrive on that.

And they cut the deficit to just two points midway through the half when Todua collected a well-placed kick and crossed unopposed, with Abzhandadze’s conversion making it 12-10.

Abzhandadze had a chance to put Georgia ahead, but he drifted an angled penalty attempt wide and Wales escaped.

Faletau made a considerable impact, and he looked to have created a hat-trick try for Morgan, only for the Cardiff number eight to knock on during approach play.

The final few minutes were inevitably tense, especially from a Welsh perspective, and Matkava put Georgia in dreamland with his long-range penalty.

Georgia’s players celebrated wildly, and they held on to win, claiming the greatest victory in their rugby history, beating Wales for the first time and leaving their hosts crestfallen. 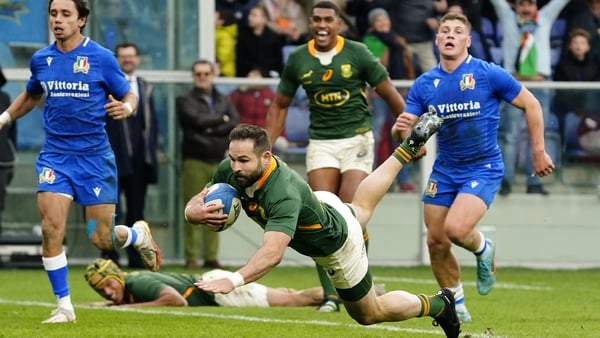