A successful 12 months for Irish rugby so far, but there's still one big night left before they sign off.

Ten games, eight wins and two defeats, a Triple Crown, a series win versus New Zealand, victory against the world champions, but thankfully the sense that there are improvements still to be made.

Ireland haven't fully hit their attacking straps in this Autumn Nations Series; the 19-13 win against the Springboks was never going to be the game for free-flowing rugby, while last week's victory against Fiji was disjointed and sloppy.

Australia should focus the minds, even if Dave Rennie's side are in desperate form. Eight defeats from 12 games in 2022, they two-time world champions have looked a shadow of their former selves, but games between these two sides are rarely one-sided.

While Ireland have won four of their last five meetings, all four of those have been one-score games. It's more than four years since the sides last played each other, with Ireland's scheduled two-Test series Down Under in 2020 cancelled due to the Covid-19 pandemic.

TV
Ireland v Australia is live on Virgin Media Two and Amazon Prime, with coverage on both beginning at 7pm.

RADIO
Listen to live commentary on a Saturday Sport special on RTÉ Radio 1 from 8pm.

ONLINE
Follow a live blog on RTE.ie/sport and the RTÉ News App followed by a match report, player ratings and post-match reaction from the Aviva Stadium.

WEATHER
After pleasant weather for the first two games of the Autumn Nations Series, it's going to be a lot more wintery this weekend. Temperatures will be around 8 or 9C on Saturday evening in Dublin, with rain also expected before and during the game.

Neither team were happy with their showing last week, but for Ireland head coach Andy Farrell he was picking apart a win against Fiji, rather than a historic defeat in Florence.

Both sides are almost unrecognisable from those games, with Ireland making eight changes and the Wallabies making 10.

For Ireland, it's close to full strength, with Tadhg Furlong, Tadhg Beirne, Caelan Doris, Jamison Gobson-Park and Mack Hansen among those retained in the side, while they're also welcoming back the experience of Johnny Sexton, James Ryan, Peter O'Mahony and Josh van der Flier, as well as Andrew Porter and Hugo Keenan.

Bundee Aki is also set for his first game of the series having returned from a seven-week suspension, providing experience and power off the bench, while Farrell is also giving an opportunity in a big Test to some of his younger prospects, with Leinster lock Joe McCarthy in line for his debut, and out-half Jack Crowley (below) poised to win his second cap. 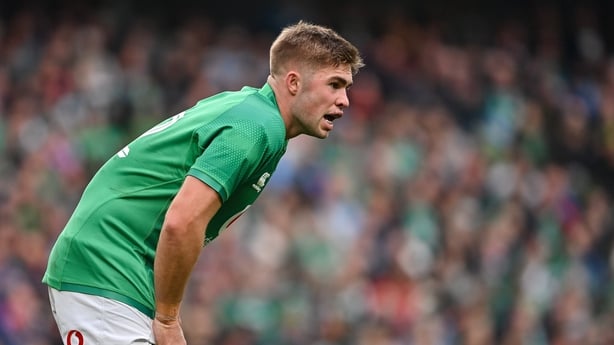 Allan Ala'alatoa is the only member of last week's Wallabies pack to retain his place in the side, with captain James Slipper, flanker Michael Hooper, and former Munster medical joker Jed Holloway brought in.

Mark Nawaqanitawase retains his spot on the wing after his debut a week ago, but the experienced half-back pair of Nic White and Bernard Foley will steer the backline. 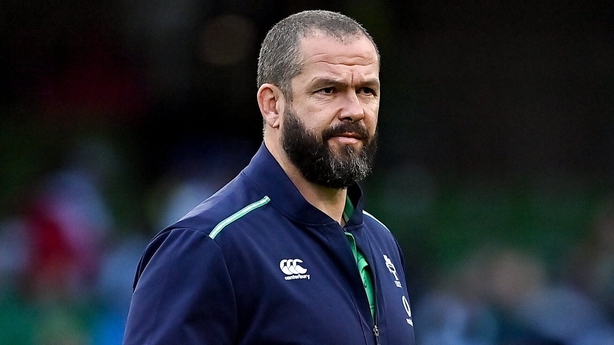 Andy Farrell: "10 changes for them [Australia] and they get the leaders back in the room, so there is a different vibe there from the start. Those guys are the ones that took the field against Scotland and came so close to winning in Paris. Like we have said all week, we know how difficult that is.

"I'm sure they will be using last week as motivation and putting that together with coming to the Aviva and taking our scalp and that will fire them up even more."

Dave Rennie [Australia head coach]: "I know we've got a very determined squad, we want to make a statement this weekend.

"We've had a couple of team meetings, we've reflected on where we need to be this week and the boys have prepared well. We're trying to put our best team on the field against the No 1 team in the world."

As well as Ireland v Australia, there are five other major Tests across the weekend.

The pick of those is at Twickenham on Saturday at 5.30pm, where England host New Zealand, the first meeting of the sides since England sunned the All Blacks in the semi-final of the 2019 Rugby World Cup.

The weekend's Tests get underway at 1pm when Wales host Georgia, while South Africa will hope to pick up the first win of their tour, taking on an Italian side buoyed by their famous win against Australia.

At 3.15pm, Scotland host Argentina at Murrayfield, while there's one Test on Sunday, with France taking on Japan for the third time this year, a 1pm (Irish time) kick-off in Toulouse.

After such a physical clash with South Africa, and with one eye on next weekend's game against Australia, Andy Farrell has opted to rest a host of frontliners.

Johnny Sexton, Hugo Keenan, Peter O'Mahony, Josh van der Flier, James Ryan and Andrew Porter have been given the weekend off, with Garry Ringrose and Dan Sheehan named on the bench.

Tadhg Furlong does start, however, and is handed the Ireland captaincy for the first time, while Tom O'Toole's selection as replacement tighthead suggests Finlay Bealham could be given a starting role against the Wallabies.

Joey Carbery wears the No 10 shirt for the first time since the Six Nations win over Italy in February, while Robbie Henshaw and Stuart McCloskey form the midfield partnership after overcoming injuries.

After making an electric debut against South Africa, Jimmy O'Brien is rewarded with his first start and replaces Keenan at full-back.

Ulster lock Kieran Treadwell makes his first Ireland start since July 2017, partnering Tadhg Beirne in the engine room, with Nick Timoney and Jack Conan named alongside Caelan Doris in the back row.

Ireland v South Africa is one of six major Test matches across the weekend.

Italy's game against Australia in Florence kicks off at the same time as Ireland v Fiji, while an under-pressure England tackle Japan at Twickenham at 3.15pm.

There is also one game on Sunday as Scotland face New Zealand at Murrayfield (2.15pm). 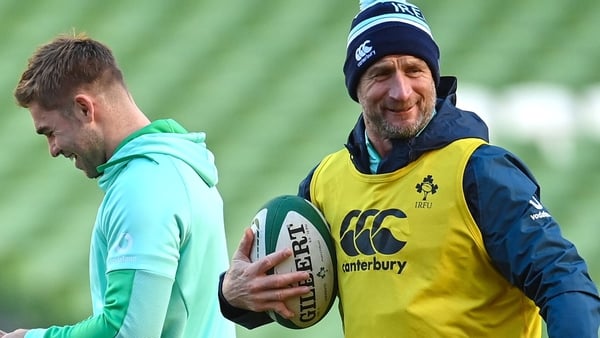